Darwin is soon to disappear from the Bank of England £10 note but he’ll be found in British wallets, pockets and purses for some time to come - not just on tenners but also the special release £2 coins from 2009 to mark 200 years since Darwin’s birth. For obvious reasons, it was one of my favourite coins to get in change. Since moving to Australia, the chances of getting a Darwin coin in my change have susbtantially diminished. Instead, however, there is a fair chance of getting one of my favourite animals, the Echidna, which graces the 5c coin. 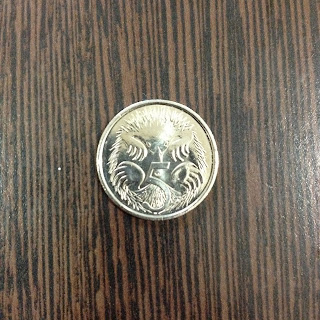 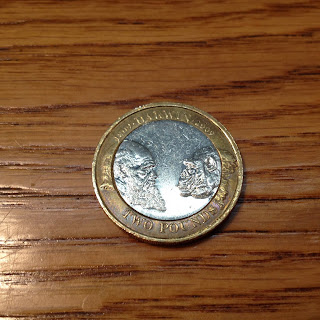 Echidnas are one of the iconic animals of Australia. Neither a placental mammal nor a marsupial, the Echidna is a monotreme like the playtpus. Monotremes lay eggs like reptiles and produce milk for their young like mammals but have no nipples. Today, we paid another visit to the Australian Museum (for their Tyrannosaurs: Meet the family exhibit), which uses the Echidna for their main logo. As you would expect, they also have a few specimens in the museum. The one below really looks like the one on the coin - I wonder if it was the inspiration! 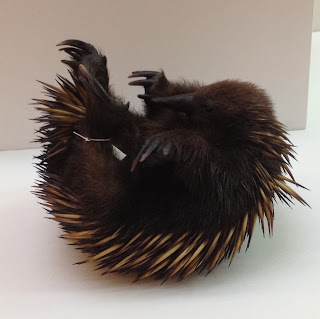 I have been lucky enough to see an echidna in the wild once. When on holiday in 2004, I was out for a walk in Mission Beach, Queensland, and I chanced upon the guy below who snuffled across my path. One of the highlights of the trip! Hopefully, it won’t be my last wild encounter. 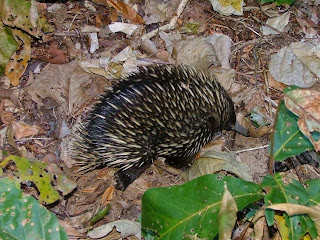 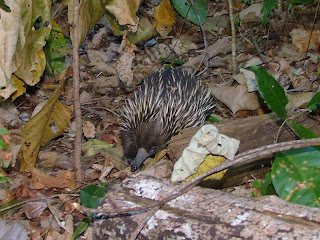 Posted by Richard Edwards at 23:55