Some time ago, I signed up to the "iPlan" scheme of Southern Electric. It was not the cheapest tariff available but the idea is that you can monitor - and therefore reduce - your energy usage, and this appealed to me on several levels. Unfortunately, my iPlan energy monitor never turned up, so I emailed them a week or so ago and they sent out a new one, which arrived on Friday. Yesterday, I cracked it open and had a play. 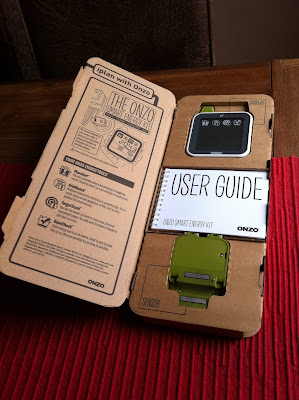 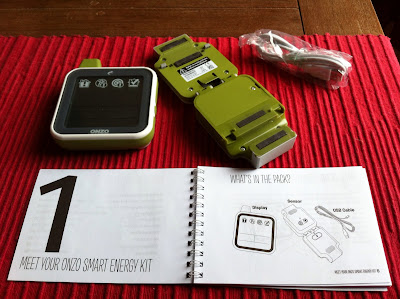 The device itself is an "Onzo smart energy kit" and consists of two parts: a sensor that clamps on to a cable, and a wireless receiver for monitoring usage. 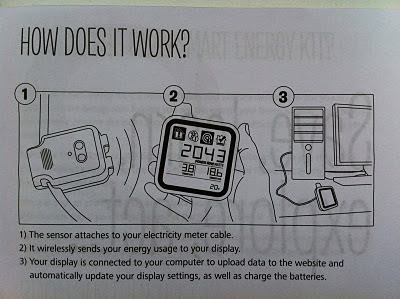 As the instructions implied, it's was dead easy to set up and start monitoring power usage.

Of course, setting everything up when the washing machine and dishwasher are on and consuming nearly 2,500W is probably not the most reassuring way to start energy monitoring!

It needs to collect data for a week or so before the proper assessment kicks in but it's still interesting to see what effect turning stuff on or off makes. The kettle, for example, wacks a couple of kilowatts onto the reading (not surprisingly), though not for too long. The wireless monitor is great and can be stuck in any room, making such things easy - you can pop it next to the device about to be switched on and watch what happens. I love it! 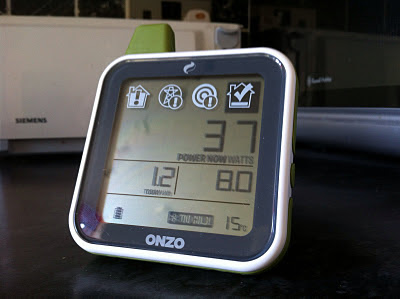 Our baseline at the moment seems to be around 15-40 watts, although there is a lot of fluctuation. I look forward to testing out a few urban myths over the current weeks, such as the old question of how much power does a TV use on standby versus on? I've already had a bit of a shock about the kitchen lights, so I think this could work as an energy saving device - I'm off now to switch off some lights!

Posted by Richard Edwards at 08:53