Good on China for going to The Moon 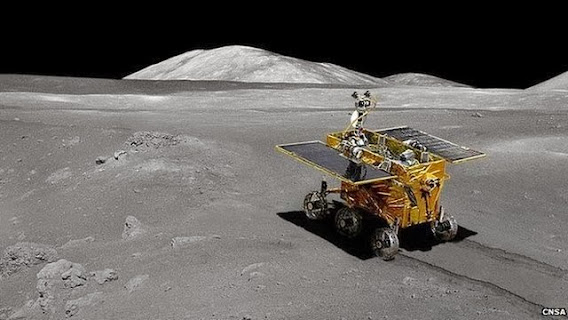 I woke up this morning to the news that China’s Jade Rabbit rover rolls on to Moon’s surface. It seems somewhat hard to believe but although five Mars rovers have been launched in my lifetime (of which four landed), this is the first wheeled vehicle to drive on the moon for over forty years.

I have never really understood why so much extra time and money was spent sending so many rovers to Mars when the Moon is so close and there is presumably still a lot to learn about it. I grew up with countless sci fi films and books - including the Arthur C. Clarke classic 2001 A Space Odyssey (and, of course, Airplane 2) - that featured a moon base and so it always seemed a question of when, not if. As the Millennium drew clearer, it became more and more obvious that it was not going to happen and I’ve felt a little cheated ever since.

I guess there are very good reasons but I am glad the Chinese have decided that it’s time we landed something there again. Well done. China!

Posted by Richard Edwards at 21:59