The cursed cliff-hanger and the cost of Capitalism 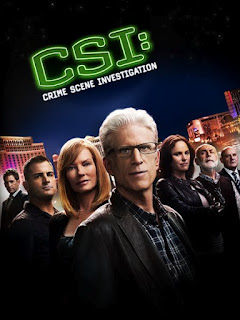 For any CSI fans out there who have not yet seen the series finale of series 12 (the one with Ted Danson in it): don't! Not yet, at least. For, as with so many TV series these days, it ends on an irritating cliff-hanger that we have to wait who-knows-how-long to find out what happens.

Now, of course I know why they do this. They want you to watch the next series and what better way to suck you in than by leaving everything hanging and needing a resolution? Well, I'll tell them what better way... just make a good series that has engaging characters and plots, wraps up the pressing story lines in a satisfactory fashion and leaves enough open ends in long-running plots to make us want to watch more - like a good film leaving things open for a sequel. If you want to go for the suck-us-in suspense, then run some trailers before the series starts with some exciting hints of what is to come.

Ending a series after what is explicitly the first part of a two-part episode, on the other hand, is not good. Suspense and intrigue do not grow with time - quite the opposite in fact. The longer the wait, the less we end up caring. The emotional investment is diminished, not enhanced.

I am reminded of when I saw The Negotiator at the cinema. It was a good, engaging film and reached an exciting climax where one of the characters had a gun trained on another and we did not know if he was going to pull the trigger... and then the projector broke. The lights came on, the machine got fixed and fifteen or so minutes we got back to the action but, by then, the suspense was already dead. I was still interested to see what would happen but I cannot say that I really cared any more. And that was fifteen minutes, not fifteen weeks!

The chances are, we'll already know roughly what's going to happen before Series 13 even starts - the promotional footage or press releases of who's signed on for another season are bound to give it away. And another interesting plot will be ruined by the desire to make money. Actually, no. Not to make money - to make more money. It's nothing more or less than selling out - compromising your art for money.

And herein lies the problem with seeing Capitalism as the basis of "Western civilisation". The bottom line is always the bottom dollar. It seems increasingly unlikely that decisions for the public good will ever be made if they are not also the economically most sensible. I'm all in favour of competitive markets and personal finance but that doesn't mean that the rich should be able to do whatever they want nor that the ultimate worth of something is financial. There are things that you cannot put a price or value on - happiness, integrity, pride, education - and they sometimes mean that decisions should be made based on quality and not cost (or, in the case of TV, income). I think that The Olympic "Legacy" is a prime example of this.

And that is why I will always have a bit of socialism running through my veins. Sometimes, we all just need to suck it up and take one for the team - and sometimes we need protection from the fat cats that ruin it for the rest of us just to line their pockets. I just hope we get a government that feels the same way before the NHS and British Universities are ruined for good.
Posted by Richard Edwards at 07:01