I don't think that this is a new story but it seems to have resurfaced recently with a recent article by the National Secular Society, blogged on the Why Evolution Is True website under the rather provocative title of "U.K.’s National Trust promotes creationism!" (The original title of the National Secular Society article was a slightly less zealous "National Trust puts creationism on show at new visitor centre".) The articles report that

The National Trust has come under fire for including an exhibit in the new Giants' Causeway Visitors' Centre acknowledging the creationist view of how the world-famous stones were formed.

The point of contention seems to be that:

A transcript from an audio exhibit in the visitor centre reads:

"Like many natural phenomena around the world, the Giant's Causeway has raised questions and prompted debate about how it was formed.

"This debate has ebbed and flowed since the discovery of the Causeway to science and, historically, the Causeway became part of a global debate about how the earth's rocks were formed.

"This debate continues today for some people, who have an understanding of the formation of the earth which is different from that of current mainstream science.
Young Earth Creationists believe that the earth was created some 6000 years ago. This is based on a specific interpretation of the Bible and in particular the account of creation in the book of Genesis.

"Some people around the world, and specifically here in Northern Ireland, share this perspective.

"Young Earth Creationists continue to debate questions about the age of the earth. As we have seen from the past, and understand today, perhaps the Giant's Causeway will continue to prompt awe and wonder, and arouse debate and challenging questions for as long as visitors come to see it."

This is turn has triggered a widespread response, including a Facebook Group for removing the display and the call from WEIT to send complaints to the National Trust.

I would like to preface the rest of this post by saying that I am 100% unequivocally against representing Creationism as science under any circumstances. It is not science and there is nothing scientific about it. It is, in fact, anti-science. If, therefore, I thought that the National Trust was "promoting" Creationism or presenting the Creationist view as a viable alternative to the "mainstream science" position, I would be dead against it and most definitely write to the National Trust and complain. (I am a National Trust member.)

The thing is, though, this is not what they are doing. The National Trust made their position clear, quoted in the same National Secular Society article:

"The interpretation in the visitor centre showcases the science of how the stones were formed, the history of this special place and the stories of local characters.

"We reflect, in a small part of the exhibition, that the Causeway played a role in the historic debate about the formation of the earth, and that for some people this debate continues today.

"The National Trust fully supports the scientific explanation for the creation of the stones 60 million years ago." 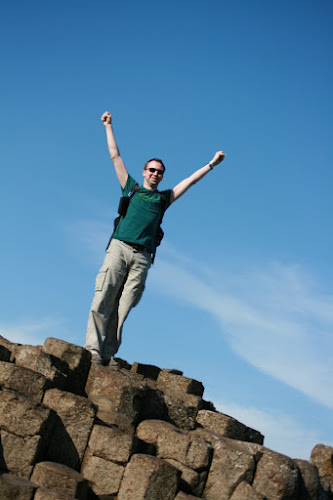 A lot of Irish history is steeped in myths and legends of various sources. The Giant’s Causeway itself is named because legend has it that it was created by an Irish giant, Fionn mac Cumhaill. Are people suggesting that by keeping that name, or having a Fionn mac Cumhaill exhibit in the visitor centre, the National Trust are promoting belief in giants? I suspect not.

I am not sure how new the "new visitor centre" is but I visited the Causeway in 2008 and certainly don’t remember seeing anything that outlandish. If the transcript on the National Secular Society page is as bad as it gets (and why not quote the worst bit?), it is clear that the National Trust are not giving the Creationist position any legitimacy beyond saying that it exists.

Apart from the reactionaries, the only person who seems to believe this is the case is a Creationst:


"We have worked closely with the National Trust over many months with a view to ensuring that the new Causeway Visitor Centre includes an acknowledgement both of the legitimacy of the creationist position on the origins of the unique Causeway stones and of the ongoing debate around this."

Well, Creationists make claims like this all the time and, frankly, regularly lie and misrepresent reality - their position is so untenable, they have to. The only thing being given legitimacy by opposing this display so strongly, it seems, is this bogus position that the National Trust are giving Creationsim legitimacy.

One important point to remember here is the purpose of the National Trust as an organisation. From their website, they are:

a UK conservation charity, protecting historic places and green spaces, and opening them up for ever, for everyone.

They are not a scientific organisation and their primary focus is history, not science. That does not, of course, mean that they can get the science wrong. What it means, however, is that the science should not be the sole focus of their visitor centres, even for their "natural monuments". Acknowledging the existence of the Creationist belief is giving them historical legitimacy, not scientific legitimacy.

As far as I can see, everything that the National Trust has said about the Creationist position is true. Furthermore, I think it is important that we have the myths and legends alongside the science – not as equal points of view regarding truth but as examples of how our beliefs and knowledge have matured through time. How many people are going to visit the exhibit and think “Wow, the Flood must have happened, how blind have I been?” versus, “Crikey, Creationists still believe that?!”

And here is a second important point in favour of the exhibit, even if it is not the intention of those apparently lobbying for it. Young Earth Creationism is often held up as some kind of straw man argument that atheist scientists like to argue against as an example of how religious faith can cause belief in quite non-sensical things despite overwhelming evidence to the contrary. The fact is, it is not a straw man. There really are lots of people out there who, due to their religion, believe it. There are a lot of people lying out their to support that belief. Only by acknowledging its existence in the context of exhibits that also explain why it is wrong - essentially the rest of the visitor centre at Giant's Causeway, as far as I can tell - can we really combat this kind of thinking. Young Earth Creationsim is a myth, not science. It should be discussed by an organisation that discuss myths and legends, like the National Trust.

The final reason that I support the National Trust in this instance is that opposing it lends credence to another Creationist lie - that their "science" is somehow being repressed by some giant scientific conspiracy. If we react in an over-the-top fashion any time anyone acknowledges that other views exist, we just feed this myth. These ideas are just nonsense and we should not be seen to be running scared from them. Put them alongside the science along with all the other myths (such as stones being hurled into place by giants) and it is quickly apparent which position provides any actual explanation of the phenomenon. If we complain about stuff that the National Trust is not actually doing, such as "promoting Creationsim", then we’re just like the boy who cried wolf and it will erode our legitimacy when there is something really worth complaining about. 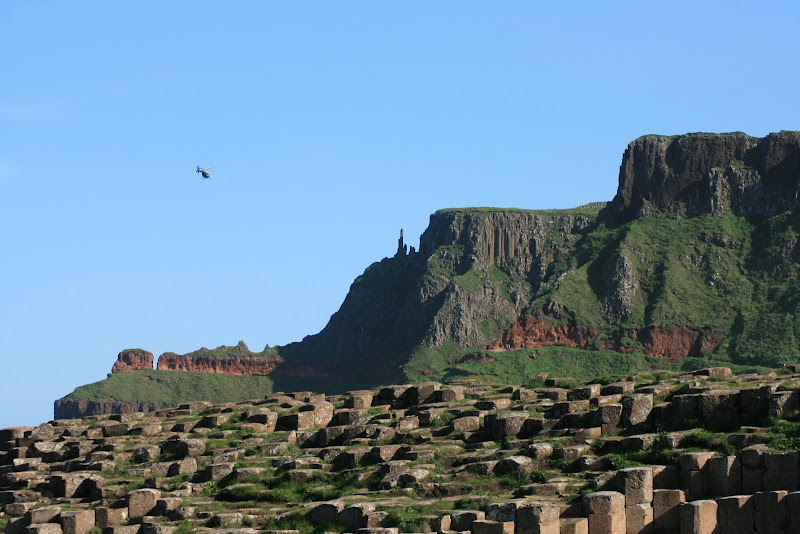 Posted by Richard Edwards at 03:19