The joys of Japanese Whisky

Each year, one of my colleagues lays on a themed whisky tasting for the University wine club. In recent years, this has been timed at the end of January to coincide (roughly) with Burn's night. This year, it was Japanese whisky. 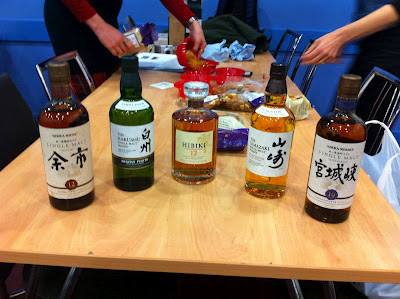 I can't say that I really knew anything about Japanese whisky prior to the tasting - to be honest, I did not even know that the Japanese made whisky. Any reservations I had, however, we're blown away when we tasted the five offerings selected. 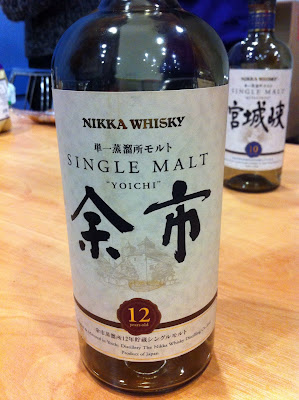 It seems that the Japanese have been making a real effort to learn how to make quality whisky in the Scottish style, and these five could happily sit unnoticed among those north of the border. My favourite was the "Yoichi" single malt from the Nikka distillery. Smooth, warming and packed full of flavour. Unlike with actual Scottish whiskies, my favourites were not at the higher peat end of the spectrum, although that might have been just my mood on the night.

The only real negative of the whiskies was the price - though good, I cannot help but think you could get a better Scottish one for the same price. That said, the opposite might be true in Japan, and I would definitely look out for some of the local stuff if ordering a whisky in Japan.

The final element of the night was a Japanese/Burns fusion of whisky-related haiku. Unfortunately, there is not yet a collection of these but here is my effort for what it's worth:

A wine drinker sips.
Whisky on a Haggis night.
"It's good but... It Burns!"

I'm not sure whether it strictly follows the rules of good Haiku, and it's a bit unfair on the whisky, which did not burn, but hopefully it captures some of essence of the night.
Posted by Richard Edwards at 22:12