Is secularism good or bad?

There was an interesting article in the last edition of New Humanist magazine by Richard Smyth, "Down with Secularism", in which he argues that: 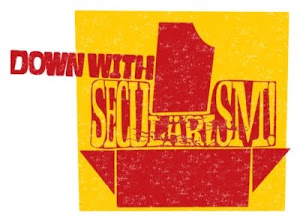 "It compromises democracy, it promotes and rewards hypocrisy and doublethink, it reflects a crippling failure of imagination on the part of its proponents and it’s founded on principles that are cynical, unempathetic and deeply un-humanist."

The argument seems to revolve around the fact, in a democracy, everything should be open for argument - including religion. Well, no argument there but I am not really sure that secularism stops arguments about religion, it just stops the state performing or endorsing - or stopping - certain activities because they are religious. Surely, the cornerstone of secularism is not to sweep religion under the carpet, it is to stop religious discrimination - negative or positive - in civil life.

He does make some good points and I suggest reading the article but I think the points he makes are not against secularism, they are against particular manifestations and misunderstandings that surround secularism.

"Perhaps the argument here is that a gay marriage or an abortion, say, is in some sense a personal matter, and nobody else’s business. If so, it’s an argument that crumbles as soon as you spin it around and take a look at it from the other side. If I believe that human life is sacred, then an abortion is essentially a murder. A woman has no more right to terminate her foetus than a mother has a right to strangle her three-year-old son. And a person who believes this has a moral obligation to prevent it wherever possible. The same goes for a person who believes that human society is being irreparably damaged by buggery and opiates (or whatever) – and the same goes, too, for a government.

It is deeply dismaying that so many liberals struggle with this basic empathetic step. Anti-abortion activists and their ilk are not (necessarily) evil or wicked or heartless. They’re just incorrect. They have made an error in reasoning. They have got their sums wrong. That’s all."

Well, I would agree with that. What I wouldn't agree with is the idea that secularism results in religious views on gay marriage and abortion from being rejected. They are not being rejected because they are religious. Yes, indeed, some of the individual opponents to "pro-life" organisations and religious homophobia may have a problem with them because they are derived from an irrational belief in what a certain deity likes and dislikes, but that does not mean that a secular society rejects those views because of that. Quite the opposite! That's what secular means, isn't it? The religious belief - or otherwise - of the proponents are immaterial, it is the actual outcome that is important.

If pro-life lobbyists can convince enough people that a blastocyst is a person, they have every right to get abortion banned as murder. But the crucial point is that the reason for that ban should be that the democratic choice of society is to side with that idea and make that choice. It should not be because Britain is a "Christian country" with a Christian monarch and bishops in the House of Lords that can force through Christian views despite being a minority position. (With so many children forced by circumstance to attend a Church of England school and bishops in the House of Lords, we are not secular enough in the UK, sadly.)

Quite recently, I did a course at work on "Equality and Diversity" and the principle of secularism strikes me as very similar to that of equality and diversity at work. No one should be unfairly advantaged or disadvantaged because of their religion (or lack thereof). This does not mean that no one can ever ask for something for religious reasons (such as a feast day off work) and it does not mean that every religious request has to be pandered to and approved. It's about avoiding discrimination, not about eliminating religion.

The same goes for religion in society. If a religious practice - such a circumcision - is deemed to contravene the law or human rights as laid down by democratic society, it should most certainly not get a get-out-of-jail-free card just because it is religious. But, if a religious practice - such as keeping your head covered - does not constitute an actual problem it should certainly not be banned or discouraged just because it is religious either.

The confusion, I think, comes from the working definition of secularism that Richard Smyth is using. I disagree that:

The basic premise of secularism is that religion should be kept out of politics.

The basic premise of secularism is that religion and politics should be kept separate - it's a subtle but important distinction. Political decisions should not be made because they are religious but that does not mean that religiously-motivated views should not be aired - you just need to convince enough people that they are right before they are acted upon.

I also think that Richard Smyth might be touch a naive about religious views and how wrong they are. Another one of his criticisms is one of hypocrisy:

"The Princeton Professor of Religion Jeffrey Stout has pointed out that “some people in liberal societies hold religious views which will influence significantly the contribution they wish to make to public debates... But these [people] recognise quite pragmatically that their religious motivations and justifications are not shared by everyone else. So they present their views in ways which can be agreed with by people who do not share their religious perspective.” (The quotation is from Graeme Smith’s Short History of Secularism.)

That is, they practise hypocrisy and cant. And the secularist lobby is quite happy for them to do so."

I would disagree here. Although I think that all religion is ultimately irrational and faith-based, this does not extrapolate out to all of the individual positions and beliefs held by religious people. Indeed, one of the big arguments against Christian morality is that it depends very much on cherry-picking which bits of God's Law still apply - it is put through a modern rationalist filter, up to a point. So, stoning to death of disrespectful children is out. Homosexuality may be in or out depending on your interpretation but, generally, there is some (albeit often post hoc) rationalisation of why something is good or bad. Abortion is bad because it is murder, not because the Bible forbids it. (Not surprisingly, I don't think it is explicitly mentioned anywhere. It all comes down to interpretation of where life begins.) If you belief that God is good and God demands X then you also believe that X is good and look for reasons to support that belief. It is not hypocrisy to then pull out those reasons to try and convince someone else that you - and God - are right.

The fact that they have to come out with reasons other that "God said it" is a good thing. It opens debate, highlights issues and keeps the discussion real. Secularism avoids it becoming an argument of "God says" versus "No He didn't" or - worse - no argument at all because the earpiece of God makes all the rules.

Long live Secularism and making political decisions based on their merits not their source. And long live freedom to discuss, promote and oppose religious beliefs!
Posted by Richard Edwards at 03:42