One of the things that really struck me and impressed me a lot during the Olympics was the high degree of sportsmanship shown by the vast majority of competitors. There were a few exceptions, I know, but generally speaking there was a lot of clear admiration for fellow competitors. I was particularly impressed with the Brits in this respect. Of course, there is a massive ascertainment bias here - they were the vast majority of the athletes that were interviewed on British TV. By that same token, however, they should also have dominated my memories of bad sportsmanship and I don't really remember any. (The closest I can think of is Ben Ainslie getting annoyed at his "accusers".) 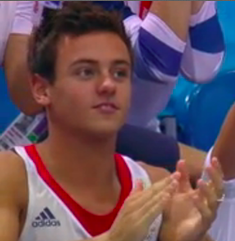 A particular stand-out moment that I remember that exemplified this was Tom Daley. His final dive put him in the gold medal position. The next diver to go was David Boudia from the USA. He had a more difficult dive as his last one and, sure enough, he nailed it and moved into gold spot. The camera pans across the audience and there is Tom Daley smiling and clapping with everyone else.

The other moment (among many) that stood out was the end of the Victoria Pendleton / Anna Meares rivalry. Although I missed the final race itself, I have seen some of the pictures and reports afterwards. As the Telegraph reported:

The two track foes embraced after Pendleton lost out in the gold medal contest.

Meares said: "Last night Victoria showed great sportsmanship. It would have been very difficult to have been beaten in front of a home crowd, especially one as patriotic and as loud as that.

"It [the embrace] happened so promptly after she was defeated that it was instant reaction and it showed the high-quality character and person that Victoria is. 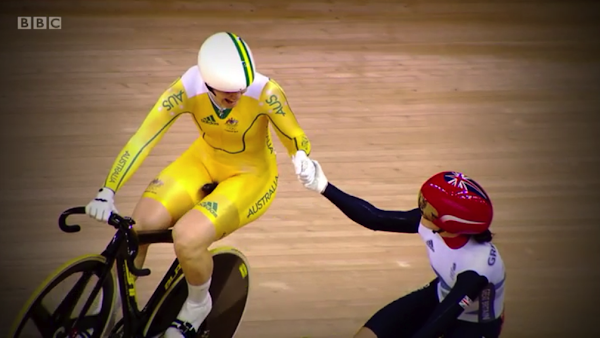 I just hope that the over-paid and over-hyped members of this season's Premier League teams were watching and taking notes.
Posted by Richard Edwards at 03:20