The Olympic Legacy - it's not all about the medals 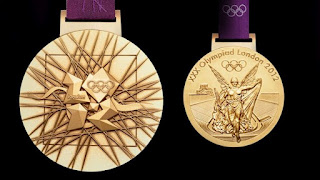 Last week, the Telegraph website featured what struck me as a particularly vacuous piece of cynical journalism: "£4.6 million - the cost of an British Olympic medal". This piece annoyed me in so many ways, it's hard to know where to start. The essence of the piece - look how much we have spent per medal - is summed up by the title but it's worth having a look at what this cost translates to:

"Great Britain's impressive form at the Olympics follows a massive cash injection after London won its bid to host the Games. UK Sport's funding increased from £70 million for the 2004 Athens Games to £235 million for Beijing.

This year, it has received £264 million, largely from investment through the National Lottery."

I'm not sure about this last figure. There seems to be a bit of journalistic confusion about whether the £264 million is for one year or four years - the context (and comments) implied that it is actually £264 million over four years. A BBC article today, "Funding for Britain's Olympic sports extended to Rio 2016" has some slightly different values:

"Team GB's budget for the last four years was £313m. Providing lottery ticket sales hold up, the Rio pot will be similar."

"The level of funding from the National Lottery will be an estimated £87m per year, with around £40m coming from the Government."

Let's go with the highest value of these - £127 million per year - and put that sum in a bit of perspective.

According to a BBC article in May, "Premier League club wages climb to new highs":

In other words, the total UK Sport's funding is approx. half the increase in revenue of Premier League football clubs and less than 10% of their salary bill. The same article also reports the top wage bills per club:

So, the top 4 clubs spend more on their team wages than UK Sport spends on everything. It doesn't look like quite such bad value for money now, does it? 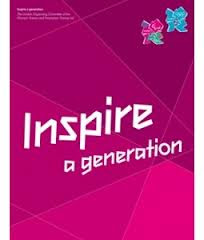 The other thing, of course, is that the medal tally is surely one of the least important of all the outcomes of sports funding. The motto of the Games is, after all, "Inspire a Generation". As a number of people have pointed out - including previous multi-medal-winner Ian Thorpe, who was a (fantastic) pundit for the BBC - inspiring and encouraging young people to do more sport can be seen as an investment in the health of the nation. Obesity is a big problem in this country (ironically, thanks in part to some of the Olympic sponsors), and it's a no-brainer that a more active lifestyle will help. The Department of Health reports

"a significant burden on the NHS - direct costs caused by obesity are now estimated to be £5.1 billion per year."

And that's just the NHS. In other words, obesity annually costs the UK at least 40 times more than Olympic sports (ignoring the one-off costs of hosting the Games this time, of course).

Coming back to the Telegraph article, I think that one of the crucial things here is that the most inspirational athletes are not always the ones that win the medals. The athlete that comes eighth with a Personal Best and is (rightly) pleased at being eighth best in the world can be far more inspiring that the athlete that gets in a grump at coming second (and winning a medal) because they were expecting to win. Indeed, one thing that has impressed me about TeamGB is that we have had far more of the former that the latter. The pride of athletes like these - and proud family members such the now legendary Bert le Clos - certainly inspire me a lot more than the Usain Bolt's of this world. After all, not everyone can be Usain Bolt, but everyone can do their best and give their all.

Of course, the inspiration generated by sporting success does not stop at sport itself. I count myself among those who have been inspired and seen my cynicism thoroughly quashed - both at the Olympics itself but also the will and ability of Britain to make a good job of it.

In contrast to the Telegraph piece above, one of my favourite Olympics articles so far was an item in the Guardian by Jonathan Freedland, "London 2012: we've glimpsed another kind of Britain, so let's fight for it" captures my own view of the Games quite nicely:

For we got a glimpse of another kind of Britain. A place which succeeds brilliantly, not least by drawing equally on all its talents, black and white, male and female. A place where money and profit are not the only values, exemplified by the 70,000 volunteers who made the Games work and showed the world a smiling face while they were at it. A place that reveres not achievement-free celebrity, but astonishing skill, granite determination and good grace, the land not of TOWIE but of Bradley Wiggins, Nicola Adams and Laura Trott. A place where patriotism is heartfelt, but of the soft and civic rather than naked and aggressive variety; a place that welcomes visitors from abroad and cheers louder for the Turkish woman who came last in a 3,000m steeplechase heat than it did for the winner.

This is the Britain we let ourselves see these past two weeks. It will slip from view as time passes, but we are not condemned to forget it. We don't have to be like the long-ago poet who once wrote: "Did you exist? Or did I dream a dream?"

Well said, Jonathan. I, for one, will try not to forget it.
Posted by Richard Edwards at 01:16