I'm an agnostic atheist - and I don't need faith for that

Following yesterday's assertions about needing "faith" to believe in the Higgs boson, today I read another article espousing the old chestnut that atheism is a position of faith. I've already laid out in brief why I consider my atheism to be neither faith nor a religion. I think it worth revisiting though because this particular piece nails what I perceive to be the common misunderstandings, albeit from the position of apparently holding those misunderstandings as a self-evident truth on which to base an argument.

In a piece entitled "Dear atheists...", Francis Spufford lays out his case for "mutual respect between believers and atheists" because we are all "wild romantic creatures" that "rush instead [of pragmatic agnosticism] to positions of faith on the subject [of God's existence]."

The problem is, as he lays out at the beginning of his piece, he bases his whole argument/appeal on an erroneous caricature of what an atheist actually is - or, at least what most atheists probably are. (There are a lot of convincing arguments that the current rise in self-reported atheism is at least partially due to more people being willing to call themselves atheists rather than the actually losing their faith.) Atheists are not necessarily not agnostics. Some may not even be adeists. We are atheists. We reject a theistic god even if we cannot ever know for certainty that no kind of possible god exists.

This is further compounded by the other common error among religious apologists - the argument of evidence: there cannot be evidence that god does not exists ergo we cannot know whether god exists (agnosticism) ergo it is equally likely that god exists as he doesn't ergo atheism is faith. 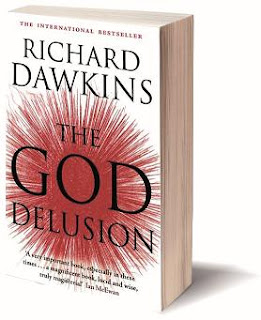 But agnosticism does not mean that it is equally likely that a god exists as it doesn't. And if we define "faith" as anything for which we do not have 100% certainty then essentially everything becomes faith and it becomes a useless term. Crucially, even if ultimate (dis)proof evades us, there is still legitimate evidence that one would expect to see if god existed, and the absence of that evidence makes a theist god's existence less likely - to the point of near certainty.

They are both arguments that are covered quite thoroughly (and most excellently) in The God Delusion by Richard Dawkins. Francis Spufford obviously hasn't read it (or hasn't understood it) and says this:

"We believe there is a God. You believe there isn't one. Meanwhile, nobody knows, nobody can know, whether He exists or not, it not being a matter susceptible to proof or disproof. The most science can do is to demonstrate that God is not necessary as a physical explanation for anything, which is very much not the same thing as demonstrating that He isn't there. So the natural, neutral, temperate position would be a agnosticism: a calm, indifferent not-knowing."

I would agree with the last line - with the caveat that it depends exactly what you mean by "indifferent". This is a statement that sums up many atheists, including myself, when it comes to the objective question over any god's existence. I am indifferent to the existence of 1+ gods. What I am not indifferent to is people being encouraged to behave in particular ways on the basis of ideas about said god(s).

Science can actually do more that "demonstrate that God is not necessary as a physical explanation for anything". It can provide compelling evidence that God is not a physical explanation for something. If, in turn, god is expected to be a physical explanation for that something, voila, you have evidence against god. This is a similar question to whether science and religion are compatible. Just as certain types of religion are incompatible with science, certain types of god would be expected to produce visible evidence and the lack of that evidence is indeed disproof. For example, if you believe that your god has a human(ish) form, literally rides around on a cloud and hurls lightning bolts, we can test this. If you think they live at the top of a specific mountain, we should have evidence of that mountain and their abode. (It is interesting how the gods of fables are always so much more visible and interactive than modern deities.) For me, there is no evidence of any theist god and there should be if they existed.

Neither is there any evidence for a deist god. There can't be. Nor can there be any evidence against one. That does not, however, mean that my failure to believe in one is an act of faith. Were I to be insistent that there definitely was no deist god then, yes, I would be demonstrating faith. I have never met an atheist that would insist that. When it comes to deism, we are mostly agnostics. There is no contradiction. (And who really, honestly, cares if there is a god out there who does essentially nothing?)

Agnosticism does not mean, however, that you have no opinion on whether god exists, it just means that you think it is something that, ultimately, no one can know. That is, we can conceive of deities that would be impervious to detection. But not knowing with certainty is not the same as thinking that the two possibilites are equally likely. We can never know anything. We can, however, reach a certain level of certainty where the tiny amount of doubt is effectively zero. (Again Dawkins explains this well.) Perhaps atheism is an opinion rather than a belief? In my opinion, there is no god. I do not believe that there is a god. I'm not sure that is the same as actively believing there is no god - just that the kind of god there could be (in my opinion) is not worth considering as, for all practical purpose, they are the same as no god.

The important thing is that the necessary agnosticism regarding deism does not extrapolate to theism. We would not expect evidence of a deist god. We would expect evidence of a theist one - at least, all the popular theist ones that I know about. Yes, you can contrive reasons why a god would hide themselves or remain deliberately undetectable but (to me) it just seems so much more plausible and consistent that there is no god.

If I expect to see evidence that something existed and I see no evidence then it follows that I am not going to think it exists. I am not really sure how you can call that faith.

[Edit: This post originally included the statement that I was not an adeist. I don't actually think that's true, even though I am much more ambivalent about the matter (it still seems to contravene Physics as we know it) so I have since removed those claims.]
Posted by Richard Edwards at 06:32