Hanging out with the cousins at Monkey World 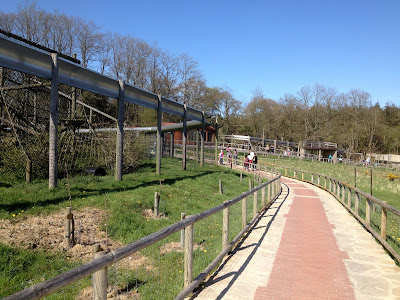 Continuing the ape theme, back in May we paid a visit to Monkey World in Dorset. It was a visit that was long overdue, as we became quite avid followers of Monkey Business (since superceded by Monkey Life) when we were in Dublin and it had been on our list of places to visit since moving to Southampton. As often happens, I think, the impending move to Australia has motivated a flurry of postponed activities and a birthday provided the final excuse for a visit.

Monkey World is a fantastic place, providing sanctuary for a large number of rescued primates - a shocking number of which come from the shameful UK pet trade - in carefully crafted enclosures. 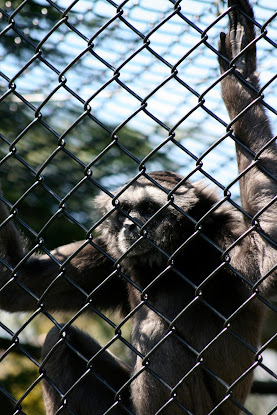 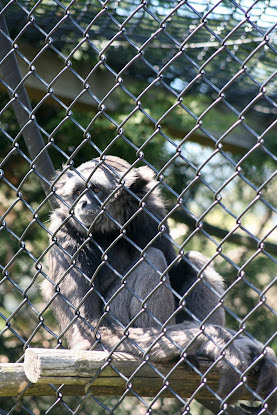 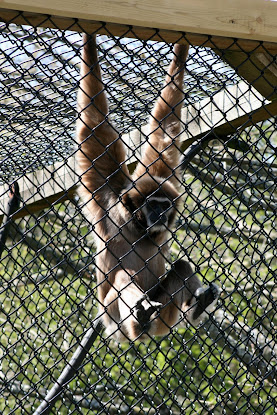 Some of my favourites are the various gibbons and the keeper talk was really interesting as they all have quite distinct personalities. Fox (I think it was), for example, is a real show-off and liked to brachiate back and forth at speed in between hanging out at the public end of his enclosure whilst the keeper talk was going on. Fox is a Mueller’s Gibbon - all furry limbs and muscle (above). As anyone who has seen the TV programmes knows, many of the tales of the individual animals are quite touching. If I remember correctly, Nike, a Lars Gibbon (left), for example, was prone to panic attacks following whatever ordeals he experienced in his former life. His mate in Monkey World, however, will come over and give him a cuddle until he feels better.

Watching these animals and seeing how similar to humans they can be in terms of their poses and behaviour (not to mention anatomy), I simply cannot conceive how anyone can seriously doubt that we share ancestry with these magnificent animals. 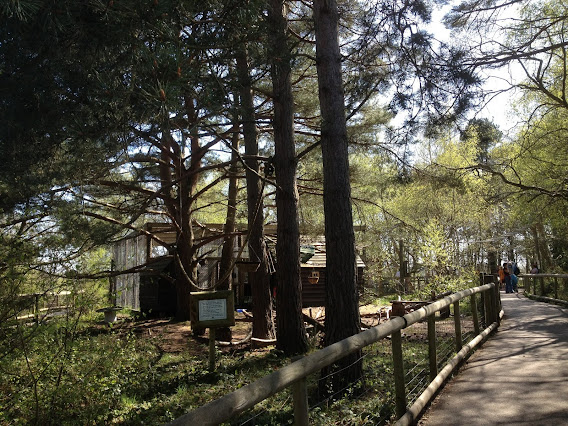 One of the best bits of Monkey World is the lemur enclosure. (Ironically, perhaps, as lemurs are not monkeys. Purists will argue that apes are not monkeys either, which is taxonomically true but not really evolutionarily true - monkeys are “polyphyletic” and apes sit in the middle of the two main monkey lineages - Old World and New World. In other words, apes and Old World Monkeys are more closely related to each other than either is to New World Monkeys - so I have no problem in being called a monkey or comments that we descended from monkeys! Anyway, lemurs are actually prosimians and split off from monkeys around 75-80 million years ago.) 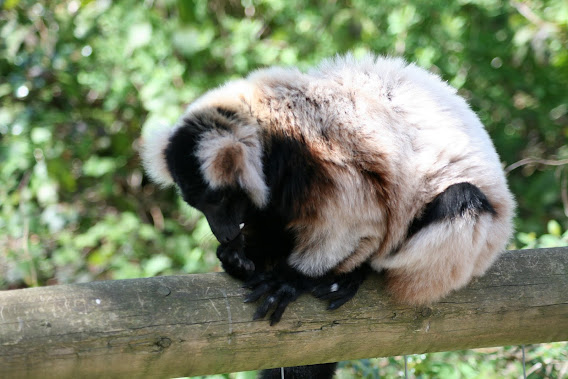 The great thing about the lemur enclosure is that you are in there with the lemurs - clearly something that you cannot do with apes - which allows for some really close encounters and views. When we were there, for example, the ruffed lemur (above) was quite happily walking along the fence next to the path, whilst a troop(?) of ring-tailed lemurs were in the trees overhead. 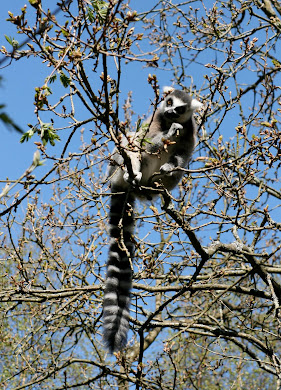 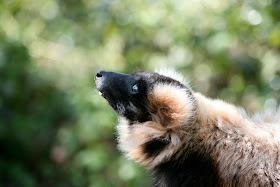 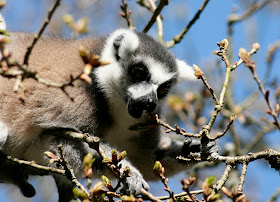 A great day out

Other things that really impressed me about Monkey World were the keeper talks (we went to three!) and how child-friendly the whole place was - they have some awesome playgrounds! The only real disappointment was the food, particularly after visiting Dublin Zoo in the meantime and experiencing their top-notch nosh. There’s a lot of space for picnics and I think that this is the recommended option for a visit - a visit that itself is highly recommended!

Posted by Richard Edwards at 08:34