Standing up for Genetic Modification 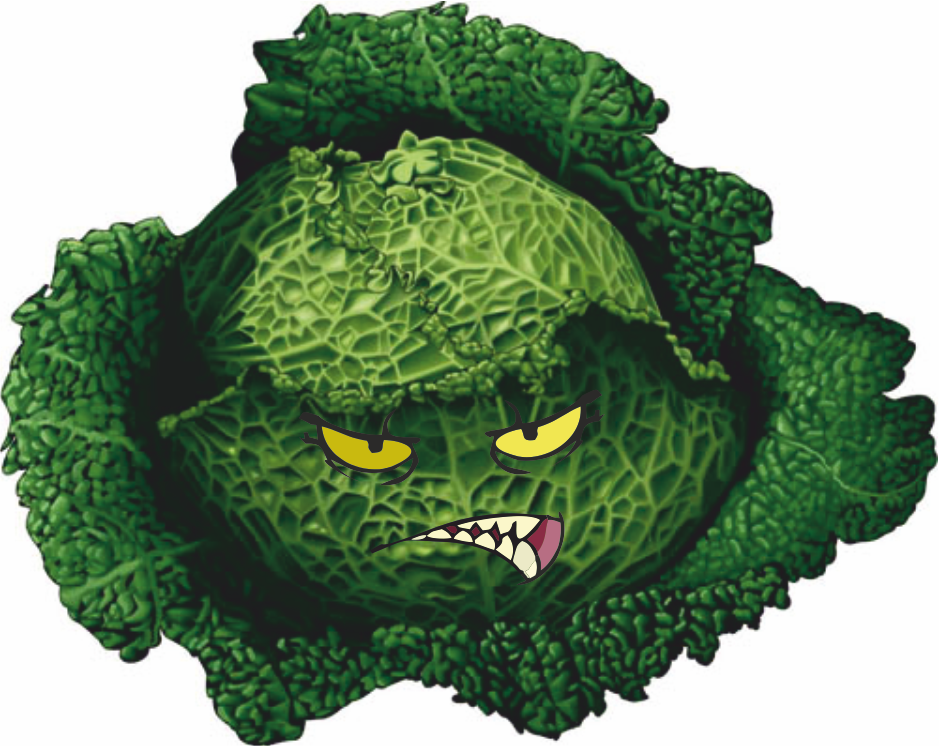 It's my 300th blog post and so I wanted to try and post about something that captured the essence of the blog, hence the delay! What could be better than to combine food, science and The Cabbages of Doom?

In fact, I could not be much further away from an anti-GM position. For me, the success of the anti-GM lobby in the UK and across Europe in the late nineties represents one of the biggest scientific, political and media disasters of the modern age. A well-organised and probably well-intentioned but horribly misinformed group of scaremongers managed to hijack the public debate over use of one of the most promising technologies ever to be developed in the history of mankind.

Let's make one thing clear from the outset: there is nothing inherently unnatural about Genetically Modified Organisms (GMO). For a start, many GMO just involve targeted mutations within a strain or introduction of genetic variants from related species. These could potentially be achieved by conventional breeding and artificial selection at much greater expense of time and money (and death). The more advanced GMO involve taking DNA from one organism and inserting it in another. Even these GMO are not really unnatural, even if the techniques used to create them are: although it is rare in multicellular plants and animals, "Horizontal Transfer" of genetic material between organisms - including eukaryotes - does occur in nature. (See Keeling & Palmer (2008) Horizontal gene transfer in eukaryotic evolution. Nature Reviews Genetics 9:605-18 for some examples and discussion.)

It is true that the level of modification desired is unlikely to be achieved by natural mechanisms within the lifetimes of the scientists involved. This, though, is one of the key benefits of GM: it greatly speeds up our ability to generate and evaluate possible genetic solutions to environmental problems. We don't need to wait around just trying to get lucky.

Furthermore, far from being inherently dangerous, many GMO are probably safer to the environment than non-GM alternatives. Why? GM is far more precise and targeted than "traditional" methods of creating mutants for screening, which involve chemicals or radiation and produce something much less predictable. The more we understand the nature of the modification, the easier it is to both predict possible risks and also detect or mitigate them. You only have to look at the problems of "invasive species" to realise that entirely "natural" organisms in the wrong place can be an environmental calamity. By eliminating the ability to customise and refine appropriate native organisms through GM, inappropriate introduced species might be used instead. (Often it is not clear what the problems might be until they are released.) The other reason is that, done right, a GMO can permit reductions in uses of chemical fertilisers, pesticides and herbicides.

Food safety is more of a concern but the solution here is not a blanket ban nor even a blanket hysteria, it is adequate food testing and common sense. If a gene has simply been removed from an organism or repressed, as in the "Flavr Savr" tomato, it is no more dangerous than a new hybrid from natural breeding - DNA is digested when we eat food, so if the product itself is not toxic, there is no obvious risk. If, on the other hand, the GMO is producing something like Bt toxin, one obviously needs to be more careful. Even here, though, it is not obviously the case that using chemicals, or even "organic" alternatives (all GMO are organic!) like spraying Bt strains of bacteria, would be any safer. Preferably, all new foods would undergo appropriate toxicity and allergy testing, whether they were the product of conventional breeding or GM. If there is a genuine problem, clearly that specific GM food should be withdrawn, just as one would do with anything containing, or grown with, new bacteria or chemicals.

So, what went wrong? One of the big problems was the old chestnut of "balanced reporting" in the media. All too often, this seems to equate to equal air time for both sides, no matter how uneven the evidence supporting the two sides was. A calm and cautious (and often already pretty balanced) scientist is paired up with a volatile and definitely one-sided activist. Clearly, this is going to end up biased towards the activist even if their position is weaker and founded on misunderstanding and/or misrepresentation of the science. Worse, the journalists chairing the whole thing often fail to interject when one side is just plain wrong about their facts.

The second problem was education. I don't think it would be such a big problem today because DNA and genomics is in the news so much more but, at the time, a scary proportion of the British public did not think that a non-GM tomato had any DNA in it, for example. (At Nottingham, we had a public debate on the issue and a someone had to be removed because they just kept shouting "I don't want to eat DNA!" and would not stop to have it explained that he was eating DNA in all his regular food.)

The final nail was economics. The anti-GM campaign was good enough at scaremongering that public confidence was weakened, despite (inadequate?) attempts by the scientific community to set the record straight. Supermarkets perceived that they would lose enough custom to warrant pulling the plug and so they did. GM has been largely vilified in the public domain ever since, although I think the EU has now relaxed its zero-tolerance stance. After all, if a supermarket is advertising itself as "GM free" as a good thing, GM must be bad. Right? (Obviously, the consumer desires of someone like me, who would rather eat the cheaper, tastier, less wasteful GM tomatoes, are not so important.)

GMO are not universally good and I am sure there have been situations where big corporations have used GM just to make more money or to increase herbicide resistance and thus use more herbicide, which is bad for the environment. Like any technology, the applications need to be considered on a case-by-case basis. 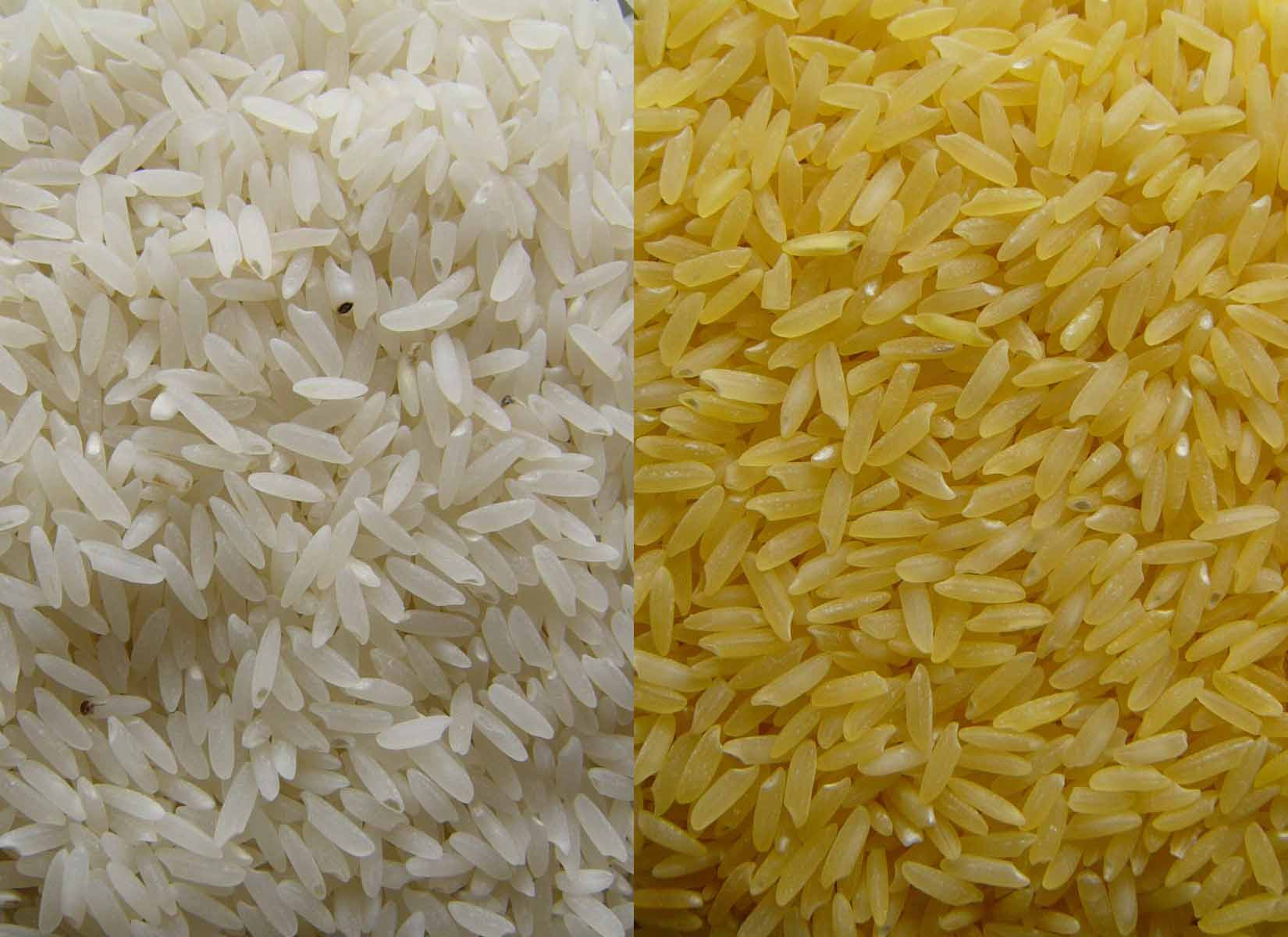 That said, there are some clear situations where GMO can be a force for good, such as the Golden Rice Project, which seeks to use "biofortified rice as a contribution to the alleviation of life-threatening micronutrient deficiencies in developing countries". Drought- and salt-tolerance maize and other such crops could also be important in our changing world.

The sad irony is that, by resisting the development of government-funded GM crops in academic institutions, the anti-GM lobby have actually driven it all into the hands of large corporations that can get round legislation by doing tests overseas and are far more likely to create the kind of GMO that we don't actually want. (Or, even more scary, unregulated amateur biohackers.)

Whether you think it's man-made or not (it is), Climate Change is a big problem and the more we ignore it, the worse it's going to get. This is a problem so big that we need to throw every weapon in our arsenal at tackling it head-on, and that includes taking a chance here and there. There is a reason that food security is one of the major focuses of UK science funding. We have to feed a growing population on dwindling resources. It's not rocket science. (And I haven't even mentioned biofuels.) Genetically modified organisms represent one of the best - possibly the only - chance we have, short of a massive reduction in the global population. (Population crashes and extinction are natural responses to Climate Change - let's make no mistake here, "natural" is not always good.) It's time to let the genie back out of the bottle and let it be a force for good.
Posted by Richard Edwards at 07:20