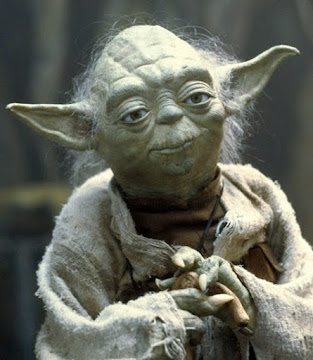 One of the oft-repeated claims of those who maintain that religion provides something that science/materialism cannot is that religion can answer "why" questions. The standard re-used metaphor seems to be that used by theologian John Haught about making tea. In response to the question of "why is the kettle boiling?", the argument goes, the scientific answer will be something about heat, energy and the motion of water molecules inside the kettle, whereas there could be an equally valid answer of "because I want a cup of tea". In other words, science tells us what the Universe is like whereas religion can tell us why.

I have lots of problems with John Haught's metaphor and might give it a post of its own one day but it is already dealt with quite nicely elsewhere, such as this Skeptico blog post. In essence, though, the problem is this: none of the answers to the "why?" question that Haught proposes are outside the remit of science. Yes, there were several possible levels of causation that could be correctly introduced as explanations but science could address them all.

It's really just a problem of the recursive "why?" One could go on to ask, why did you want a cup of tea? And there would be a potential scientific explanation for that too. Perhaps you were thirsty. Why were you thirsty? Well, the body loses water through respiration, perspiration and excretion and that needs to be replaced? Why? We are mostly water and our bodily functions all need to be performed in a primarily aqueous environment. Why? Life originated in an aqueous environment. Why? And so and so forth.

Anyone who has spent any time around young children will be familiar with the recursive why problem - you can answer any response to the question "why?" with another question "why?" until, eventually, the answerer reaches the end of their patience and/or knowledge. At the end of the line, there is no why - there is just "because". And while religion claims that the "why" is their domain, they have the same problem. It may be true that they can insert a god in there near the end so that the answer is "God wanted it that way", there is still a "why?" And we end up with "because that's what God is like" rather than "because that's how things are" as our final "answer". It's just like the Origin of Life/The Universe question: if God made the Universe then who made God? If God always existed or popped into existence, then why not the Universe? It doesn't answer anything - it just increases the "unknowable" layer before you give up.

The other thing that really annoys me about religious claims to the "why" questions, though, is that religion really sucks at providing reasons for things. Take "The Problem of Evil" for example. This one still gives theologians major headaches. For science, on the other hand, there is no problem. The "why?" is simply a feature of the natural world - albeit one that we'd rather did not exist. Evolution is another one. Theistic evolutionists can come up with contrived reasons as to why a divine being might want to use the extremely lengthy, wasteful and unpleasant mechanism of Natural Selection to generate the complex life-form that is Homo sapiens but they are no where near as convincing as the more obvious answer to the question as to why did it take over 4.5 billion years for humans to appear - long, slow evolution and Natural Selection is the only way that something complex like humans could appear.

I have not encountered a single question regarding the physical or metaphysical Universe where religion provides a more satisfactory answer to the question "why?" than science and materialism. That's probably because science remains the only way we have of finding out if a given answer is right. (Or, at least, less wrong than our previous answer.) And that is my other problem with the how/what versus why claims: religion can suggest answers but it does not actually provide any way of knowing whether any of them are true.
Posted by Richard Edwards at 07:11