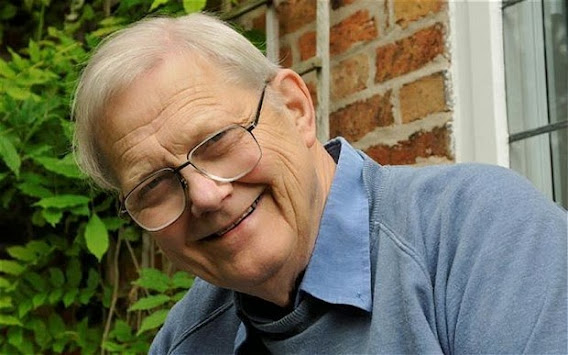 I was sad to read a post on the Evolution Directory (Evoldir) by my PhD supervisor, John Brookfield, that Professor Bryan Clarke died last month. Bryan founded the Genetics Department (later Institute and now Centre for Genetics and Genomics) at the University of Nottingham , where I did both my undergrad degree and PhD. He and retired when I was still an undergrad but, as Emeritus Professor, he was still heavily involved in the department for the rest of my time there.

Although I did not know Bryan well, he always had time for students and was an inspirational character - and that was before the Frozen Ark project was launched. I was particularly impressed by the way that he managed to combine ground-breaking basic science with regular visits to Pacific island paradise!

It is with great sadness that we have to report to the evolution community the death of Professor Bryan Clarke FRS on Thursday, the 27th February 2014.

Bryan Clarke was a leader in our understanding of the process of evolution for more than four decades. He made fundamental contributions, both empirical and theoretical, particularly in elucidating the forces that maintain genetic variation in populations, and in throwing light on the process of speciation.

Bryan was born on the 24th June 1932, and, following service in the Royal Air Force, was educated at Magdalen College Oxford, from where he received both his BA in 1956 and DPhil in 1961. From 1959 to 1971 he worked at the University of Edinburgh, starting as Assistant Lecturer and rising to a Readership. In 1971 he was the Foundation Professor at the new Department of Genetics at the University of Nottingham, and remained until 1997, when he became Professor Emeritus.

The Darwinian theory of evolution by natural selection identifies genetic differences in populations - polymorphisms, as the key to evolutionary change. It is of fundamental interest whether polymorphisms are affected by natural selection, or solely by genetic drift. Bryan’s research focussed on polymorphisms in snails, including members of the genus Cepaea, the shells of which vary greatly in colour and in their banding patterns. While some had naively suggested that this variation might have no effect on the organisms’ fitness, earlier experiments and observations, from Cain and Sheppard in particular, had demonstrated that these variants were indeed subject to natural selection. But, if there is selection operating on this genetic variation, why does the population not come to consist of only a single, best-adapted, type? The answer is that selection can, in some circumstances, maintain variation rather than destroying it. One mechanism for the maintenance of genetic variation is heterozygote advantage, which explains, for example, the high frequency of the allele causing sickle cell anaemia. Bryan knew that the patterns of inheritance of the polymorphisms in Cepaea could not be explained by heterozygote advantage. Rather, he was able to demonstrate that these are maintained by a different mechanism, frequency-dependent selection, in which the fitness of genetic types increases if their frequencies in the population diminish, thereby creating a stable equilibrium in which multiple genetic types are maintained. His studies of frequency-dependent selection were able to demonstrate the near-ubiquity of this phenomenon when visible polymorphisms are studied in wild populations, and also showed the selective agents which brought this about. The frequencies of polymorphic variants in snails can vary greatly in space, without any obvious environmental correlates. An important and influential step in the understanding of such “area effects” came from Bryan’s models of morph-ratio clines in his 1966 American Naturalist paper.

Studies of visible polymorphisms were augmented, from the 1960s, by the study of polymorphisms in the amino acid sequences in proteins, investigated initially through electrophoretic detection of differences in the electric change on enzyme molecules. As with the visual polymorphisms in Cepaea, some assumed that the changes were invisible to natural selection. Bryan Clarke advocated the view that a large proportion of the changes were indeed subject to natural selection and demonstrated experimental support for this view, particularly for variants in the enzyme alcohol dehydrogenase in Drosophila melanogaster. The study of selection acting on polymorphic differences in amino acid sequences is a direct way to obtain evidence about whether the long-term evolution of the amino acid sequences of proteins is shaped by natural selection. Some believe that protein evolution is almost completely dominated by random forces in which the successful variants were so not because of the advantages they gave to their bearers, but as a result of genetic drift. Bryan Clarke was one of the main advocates of the view that a large part of the evolutionary changes in the amino acid sequences of proteins were indeed driven by Darwinian natural selection, a view that results from large-scale DNA sequencing are confirming in many species.

Bryan Clarke also played a large part in developing our understanding of the process through which species form. He carried out a long-term study of species of the land snail Partula on the South Pacific island of Moorea and neighbouring islands. He appreciated that, in the early stages of speciation, matings between members of populations undergoing speciation do not stop instantly- some hybridisation persists. Species stay distinct notwithstanding there being some gene flow between them. Thus, selectively important genetic differences between species, such as those determining form, colour and behaviour, are maintained as distinct and recognisable features, while the low levels of gene flow resulting from hybridisation allow genetic differences which are not selectively important to randomise themselves between the hybridising forms. These phenomena have been documented in Partula, where less important differences have been shown to be shared between species which live in the same geographic location. The ability to study these early events results from the choice of the Partula species, where speciation has been “caught in the act”. Increasingly, similar phenomena are now being documented in patterns of DNA sequence diversity in other species studied at these early stages.

Through these diverse achievements at the cutting-edge of understanding of the process of evolutionary change, Bryan Clarke was a great mentor and role-model for younger scientists in evolutionary genetics, and supervised more than thirty research students, at least six of whom are now professors. He was a co-founder of the very successful Population Genetics Group, a meeting for population geneticists from the UK and Europe that has been running for almost fifty years.

He was co-founder and trustee of the charity “The Frozen Ark”, which preserves, in the form of DNA and cell lines, the genetic material of endangered animals, to allow future scientific study.

Honours and awards for Professor Clarke reflected his outstanding role in modern evolutionary genetics. He was elected a Fellow of the Royal Society in 1982, became an International Member of the American Philosophical Society in 2003, and a Foreign Honorary Member of the American Academy of Arts and Sciences in 2004. Medals and awards include the Linnean Medal for Zoology in 2003, the Darwin-Wallace Medal of the Linnean Society in 2008, and the Royal Society’s Darwin Medal in 2010.

Picture from Bryan Clark's obituary in The Telegraph.

Posted by Richard Edwards at 20:44