Are anti-vaxxers worse than Homeopaths? 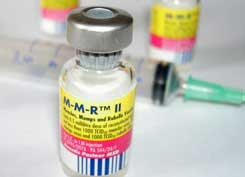 Vaccination has hit the news again recently following an outbreak of Measles in Swansea. Sadly, indications are that this might be the direct result of successful lies and scaremongering by the fraudulent Mr Andrew Wakefield (not "Dr", since he got struck off “dishonest, unethical and callous” behaviour) at the end of the '90s, which caused a lot of parents to avoid giving the MMR jab to their kids. (And he's not finished.)

I don't generally go in for naming-and-shaming on this blog but if you are not familiar with Mr Wakefield's awful behaviour - and he still somehow seems to have supporters - I suggest you read this informative infographic by Darryl Cunningham, "The Facts In The Case Of Dr. Andrew Wakefield", or the more in depth expose by journalist Brian Deer. Not only did Wakefield fabricate data but he also had direct financial interests in seeing the MMR vaccine withdrawn. Bizarrely, far from being disowned by the anti-vax and alternative health community as a fraud and a miscreant, he has been embraced as a champion and hero of the cause.

Anti-vaxxers come in three main flavours, as far as I can tell. First, there are the snake-oil salesmen, who are actively trying to raise funds and/or sell alternative medicine through their scaremongering. These are the worst of the set because they pretend to be campaigning for truth when really they are putting people at risk by spreading lies to line their own pockets.

Second, there are the conspiracy theorists. These are deluded - often by the snake-oil salesman - into thinking that there is some giant conspiracy across science and healthcare professionals to lie to the public because we're all in the pocket of big pharma companies. (It is particularly ironic when these people support the likes of Andrew Wakefield, who was paid to discredit the MMR vaccine!) The tragedy here is that I suspect they are occasionally right about specific cases but, like the boy who cried wolf, who is going listen to them when blanket opposition to vaccination is so patently absurd? (I suspect this group also includes those who have been unfortunate enough to have a child suffer a rare condition or reaction and are looking for something more sinister than bad luck to blame.)

Lastly, there are those who are in favour of living a more "natural" lifestyle and who have sadly been suckered in by the more militant anti-vaxxers in online forums and the like. They may not fully buy into the whole "vaccines are evil" conspiracy, but they have been sufficiently brainwashed regarding the perceived dangers of tried-and-tested vaccines - and dulled to the very real dangers of not being vaccinated - that they avoid vaccinating their own children. This last camp includes the author of the recent "Comment is free" column in the Guardian, "Why I wish my daughter had been vaccinated". I hope more people read it. The evidence is clear. Vaccination is one of the most important medical innovations in history and has saved countless lives. As the article points out, people can only afford to be so complacent about it in the 21st Century because it has been so successful.

It is true that not all vaccines are 100% safe for 100% of people, and some of the stabilisers and adjuvants (immunity boosters) can have risks associated with them - which is why all new vaccines go through intensive testing, clinical trials and monitoring (as MMR has). These are not generally what the scaremongers are talking about, however, as they are generally not just opposed to new and unproven vaccines (indeed, they often promote their own unproven remedies) but instead trot out the same set of busted myths as a basis for opposing vaccination in general. These common myths are explained in "Six myths about vaccination – and why they’re wrong" from a great Australian site that I will be visiting again, The Conversation. (But you will still find them repeated.)

There is a small but genuine minority of people for whom vaccination is not possible, usually due to an allergy or immune deficiency of some kind. These people - along with the other small minority for whom vaccination fails - are wholly dependent on "herd immunity" to keep those nasty diseases at bay. This is the very real phenomenon where a sufficient proportion of the population is immune such that the disease is unable to take hold and spread. 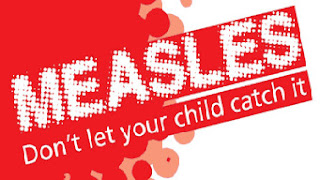 By refusing to get their children vaccinated and discouraging others from doing so, anti-vaxxers are weakening the effects of "herd immunity" and out-breaks such as the current (and frankly embarrassing) UK measles outbreak in Wales are the result. You are not just endangering your own children, you put the children of others at risk, and that is just not fair. It's a bit like people who think that speed limits or the Highway Code do not apply to them. You can get away with such behaviour for a while so long as everyone else is following the rules because they are keeping you safe with their diligence. Whether born of ignorance or not, it's selfish, pure and simple.

But what if you are worried that you are one of those - or might be - with a genuine bad reaction to vaccination? Don't you have the right to avoid that risk?

No. First, bad reactions to vaccines are both rare and even more rarely as bad as getting the disease you are being vaccinated against. We tend to forget that because, ironically, vaccination has been so successful that incidents of these nasty diseases are themselves rare. Yes, you might be the unlucky one to experience a bad reaction - but you might equally be the unlucky one to get the life-threatening disease if there is a lack of herd immunity. Second, because of herd immunity, people with known bad reactions to vaccination should be even more pro-vaccination! Without the ability to get protection themselves, they are relying on the civil responsibility of others.

I've blogged a few times about Homeopathy, a sham treatment of sugar pills or water with no scientific basis nor evidence for efficacy that (shamefully) is still offered on the NHS in some places. Most homeopathic treatments are targeted at fairly innocuous conditions and are usually sold alongside real medicine, so the main damage done is to your finances (and maybe your pride once you realise you've been scammed). Apart from the diversion of funds from legitimate treatments, however, the damage done to third parties by Homeopaths is minimal.

These words, attributed to Hippocrates, nicely sum up the essence of the "Hippocratic Oath" that (ethical) practitioners of medicine generally swear to. Anti-vaxxers, in contrast, put innocents at risk, including those who have not embraced their twisted and deviant message of lies. For that reason I think, yes, they are worse than Homeopaths - at least if you buy into the hogwash of Homeopathy, you are usually only harming yourself. (Sadly, that's not always the case and reliance on homeopathic treatment can kill children too. I think the effects on society are smaller, though. That said, the lesser of two evils is still evil.)
Posted by Richard Edwards at 06:24