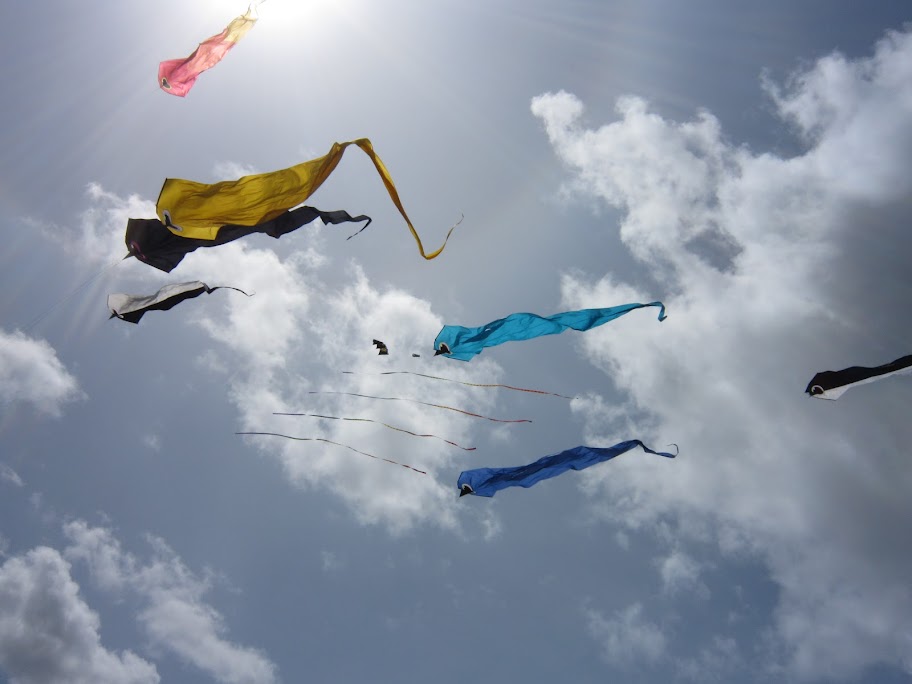 Last weekend was the Southampton Kite Festival and the Flying Fish Kite team were performing their first public routine. I'm always a bit nervous when I go to see friends perform because, well, I'm not very good at lying and so I worry about how I will respond if they turn out to not be very good and I'm asked for my opinion. On top of that, I know that the weather of late has been pretty atrocious and so they probably have not had the chance to practice as much as they would have liked. On top of that the conditions on Sunday were a bit windy (although better than Saturday) and one of the pairs performing earlier in the day (the pairs team ranked 10th in the world, no less) had to restart their routine after one of their lines snapped in the wind!

Happily, all such worries were totally unnecessary and the Flying Fish were really good. For a pair that have only been formation flying for about a year, they were amazingly well synchronised and, given that this was their first public performance (including having friends watching), they showed no nerves at all. The routine was well structured and fun to watch. 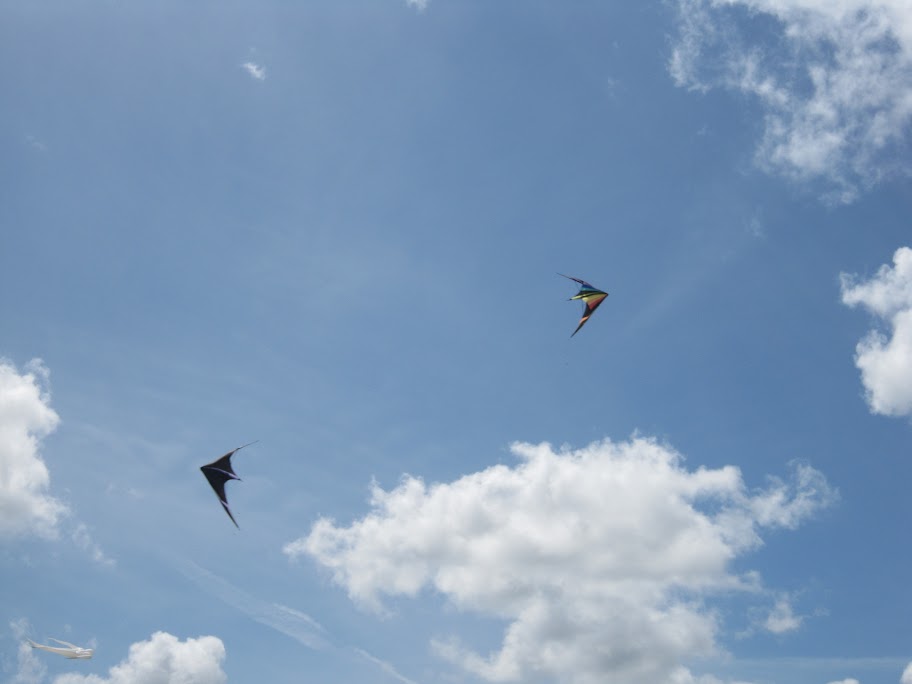 There was a slight hiccup at one point when the kites got a little too close and experienced a tangle but, to be honest, I was really glad it happened because it meant that they started their routine again and we got to watch the first half of it for a second time. And they nailed it.

The Flying Fish also returned to field a bit later in the day as part of their other team, the L-Katz. This time, it was a four kite display. The first time I saw a four kite display, I think my jaw may have literally dropped. It's not just what the kites are doing, although that is impressive enough: it's a bit like watching the red arrows and as the kites swoop after and around each, performing fly-bys etc., you sometimes almost forget that there are people on the ground controlling them. The red arrows, though, are not attached to ground with strings. As well as the aerial ballet, making sure that the kites themselves do what they are supposed to in the air, there is a second ballet going on down below, with the flyers moving forwards, back and around each other to make sure that the kites do not get entangled in the wrong way. (The lines are so silky that they can actually control the kites well even when the lines have crossed each other a few times but it can still limit the range of motion and enforce some maneuvers that "unwrap" the kites.)

Anyway, just as with the Flying Fish pairs effort, the L-Katz turned out a great routine, especially when you consider it was their first public performance as a team too. Well done, guys (and gal)! You can read their take on the event here - if nothing else, it's worth a visit for a video of some crazy 11 kite action near the end of the day. (We missed that, unfortunately.) I also have a few more pictures at my Picasa Album of the event. 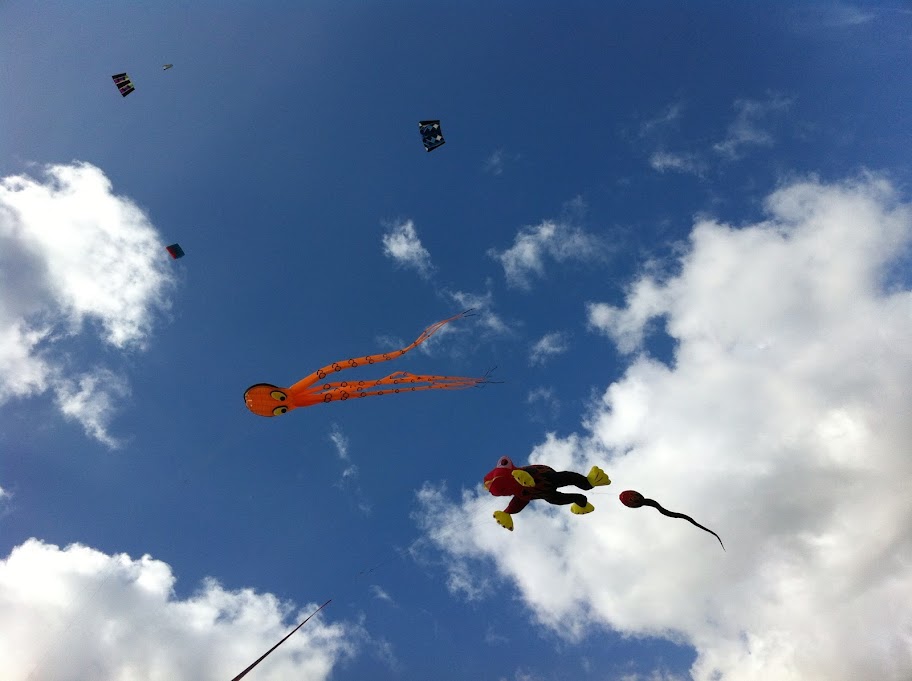 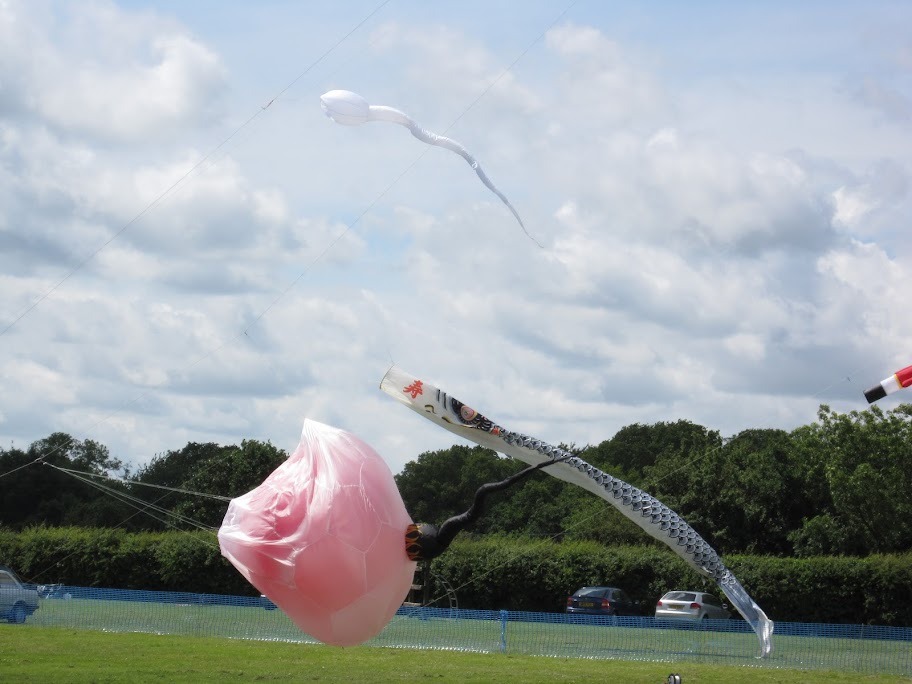 The rest of the Kite Festival was also a success, I think. It was raising money for the Air Ambulance and we got a little visit from their helicopter during the Flying Fish routine. There was the usual array of funky (and sometimes disturbing) kites and some great demonstration flying. The stunt kite demo was particularly impressive this year. We also got to see the British national champion team at work, which was extremely impressive: the precision and synchronisation of these guys is unbelievable.

Last, but not least, I have to mention Biggles Do'nut van. She may not look like much, but she's got it where it counts, kid: it's hard to beat freshly cooked donuts, still warm and coated in cinnamon sugar. Mmmm. 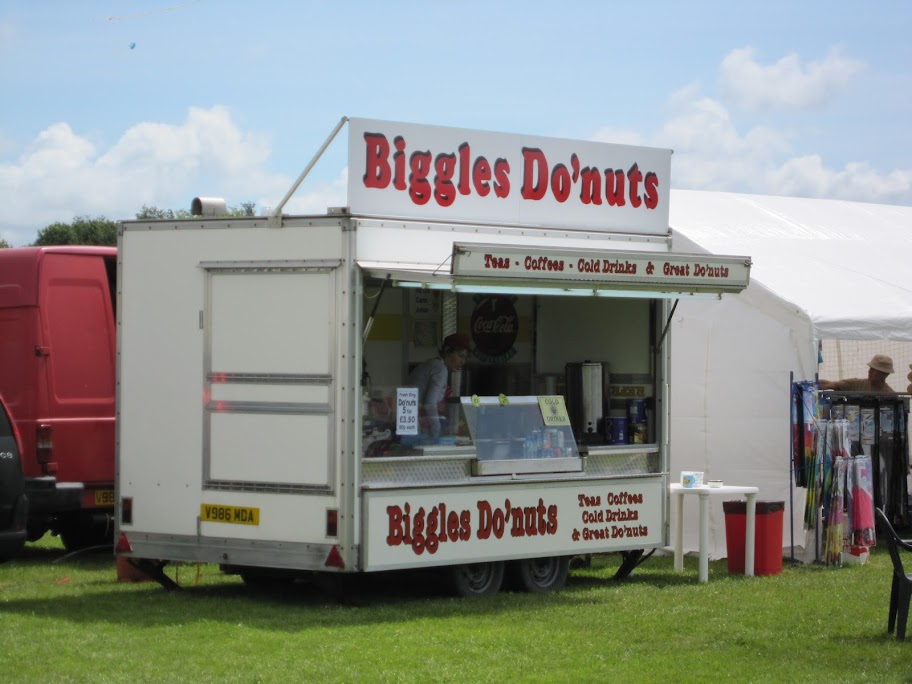 Posted by Richard Edwards at 02:57