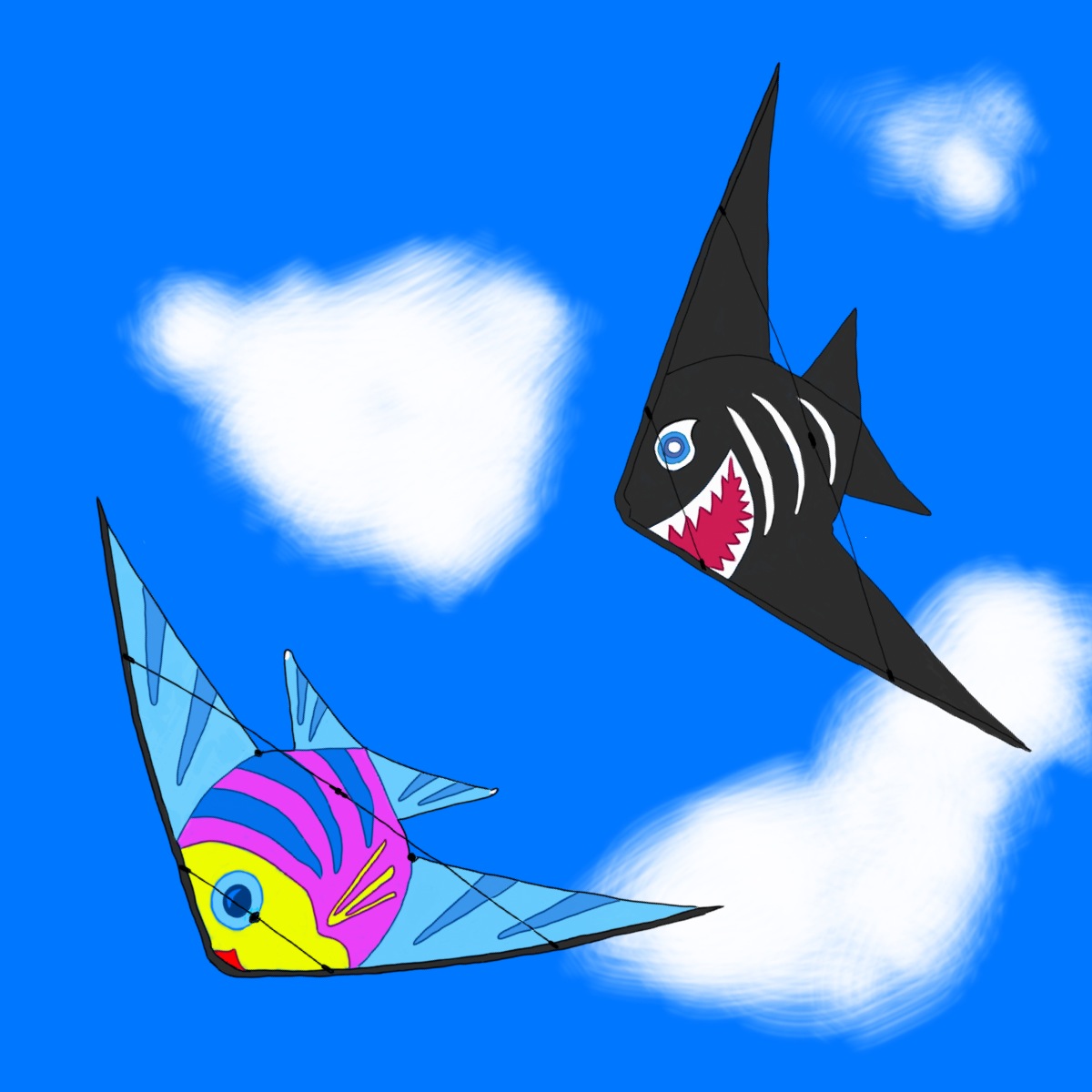 I've already posted on flying squid and flying squirrel( suit)s, now it's the turn of Flying Fish! This picture is my ArtStudio homage to The Flying Fish Kiting Team, who joined the Blogosphere this week. Unlike their biological namesakes, however, these guys really do fly. The kites do, at least. (Unless things go a bit wrong in high wind, the humans stay firmly on the ground.)

I've dabbled a little in flying kites - and no doubt will again when the sun decides to grace our fair isle with its presence again - but I'm at the level where I consider it a success if I don't crash. Getting one kite to do roughly what you want is not too hard if the conditions are right. Getting it to do exactly what you want is something more of a challenge. Doing it to music, synchronised and in formation with a partner... that's not easy. It looks really good, though: there's something very relaxing about watching a pair of kites swooping around after - and sometimes at - each other.

The Flying Fish are currently practicing for their first public routine at the 16th Southampton Kite Festival next week, so if you're in the area, come along and give them some support. The festival is always fun (if the weather behaves) and features some crazy kites - as well as rather fine donut van. This year, it's raising funds for the Air Ambulance Service, do that's another good reason to go if you can.
Posted by Richard Edwards at 18:28