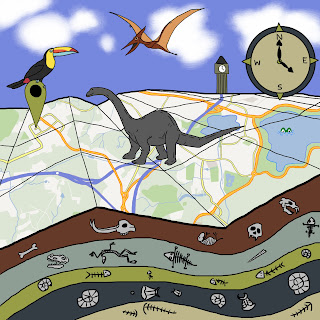 A couple of days ago, I blogged that MapTime was coming soon... So, what is MapTime?

MapTime is a website that we are developing to make time lines as described in:

Evolution took a long time to happen and humans are not really built to intuitively grasp how long that time really was. By using Google Earth, (or Google Maps in the case of the website,) one is able to plot a route between two locations that resonate with students by showing key dates along the way using a comprehensible scale. This allows them to "feel" the magnitude of deep time.

An example route between Big Ben in London and to the entrance of Southampton Bargate reveals how the analogy works: 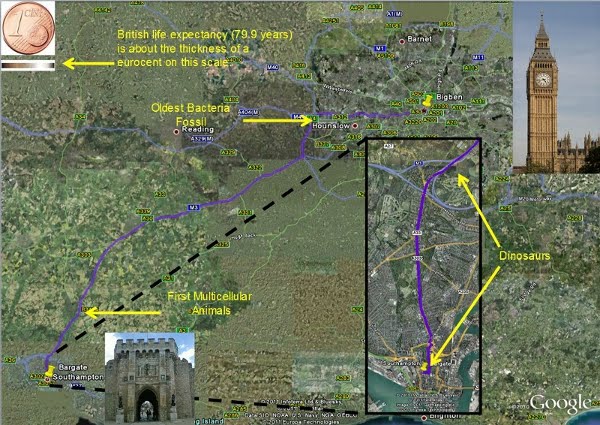 On route from Big Ben, as this graphic shows:Now imagine driving 70 mph through the single celled phase of life from the M25 along the M3 to Winchester with a human lifespan the thickness of a eurocent coin.

Visit the MapTime Blog and subscribe to keep abreast of new developments - including the imminent launch of the website! The last few bugs are being ironed out and then we will be looking for interested testers. (And, of course, you can watch this space too!)

Posted by Richard Edwards at 07:45