Natural Selection: a mechanism, a theory AND a fact 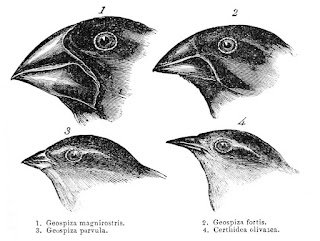 There are a bunch of science/research social/professional networking sites these days, vying to become the Facebook or LinkedIn of Academia. One of these is ResearchGate, which looks like it might be one of the better ones. (One day, I might do a proper comparison.)

One of the features of ResearchGate is the ability to pose questions to the community. Occasionally, when it's an interesting topic or I think I can help, I chip in. Unfortunately, ResearchGate is not devoid of Creationist trolls it seems, and in a discussion about random mutation as the source of biological innovation I responded to comments that

"Natural selection does not explain anything. It is not a scientific theory."

"Darwinism is an ad hoc narrative that lacks both quantization and predictive power."

Responding was possible ill-advised (don't poke the crazy!) but, as evolutionary biologist, it saddens and offends me to see such nonsense in what is supposedly a scientific forum. I responded thus:

Natural Selection is a well documented fact of nature. It is an inevitability given a certain set of circumstances (heritability, variation, competition and non-random differential survival) and those circumstances are all individually and collectively documented both in the lab and in nature. (Read "Why Evolution is True" for some examples of both.) It is not the only, or even necessarily the main, driving force of evolution as most change at the genetic level is neutral. However, it remains as the primary mechanism of ADAPTIVE evolutionary change. It explains in general terms how exquisite adaptations can be ultimately caused by random events (mutations) through non-random survival. To call it an "ad hoc narrative" is just plain wrong unless you are trying to applying it to specific PAST events, in which case there is usually a great deal of speculation (and lack of certainty) involved. When used in laboratory (and field) experiments using fruit flies or bacteria, it is most certainly NOT an ad hoc narrative and has great predictive power. I am not sure that it can be "quantized" but it can certainly be quantified, as population geneticists have been doing for years.

This then elicited a very strange response and a complaint about the term "Natural Selection" that I have seen before but did not expect to find in a supposedly serious discussion:

OK, Richard, Natural Selection is a well documented fact of nature. It may be so.

Then also i agree that " It remains as the primary mechanism of ADAPTIVE evolutionary change.". It may be too.

Natural Selection is a mechanism by which random heritable variation is shaped through time through non-random survival to produce non-random evolutionary change. That the mechanism of Natural Selection is responsible for adaptive evolutionary change is a fact. (The big unanswered question is how much observed evolutionary change is actually adaptive.) It is also a scientific theory as it has been subject to scientific scrutiny and repeatedly confirmed through experiments and observation. I do not understand how this can be confusing. It explains how you can get non-random evolutionary change (adaptation) from random heritable variation. This is a BIG explanation and rightly rates among one of the top scientific theories/discoveries of all time. If you think it explains nothing, then try SCIENTIFICALLY explaining adaptation without it.

Natural selection is one of the most beautiful and elegant explanations/mechanisms/theories/facts in all of science. There is a reason that Darwin is so famous!
Posted by Richard Edwards at 19:32