Putting photos on Picasa with an iPad 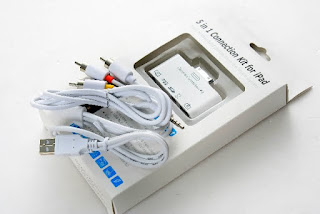 Recently, I posted about the short-comings of the iPad for certain input-intensive activities. The focus of the post was writing. Until recently, I would also have included digital photos in this category.

Much as I am increasingly becoming an Apple convert, I still despair of their odd (or, perhaps, cynical) business decision to equip with their products with a bunch of IO ports that are incompatible with the rest of the world and then fleece their customers for more money, buying cables that overcome this apparent design flaw. I guess it's good business: unlike PCs, they have a clear monopoly on their products and can get away with such behaviour because their customers - myself included - are willing to fork out the extra cash when needed. It doesn't win any friends but I guess they can just buy friends with all their billions. (Apparently Apple is worth more than all the tea in China and has an annual turnover greater than the GDP of 160 nations, including Syria and New Zealand.) As a result, it came as no surprise that, using only what comes in the box, it is impossible to connect a digital camera to an iPad and upload pictures. 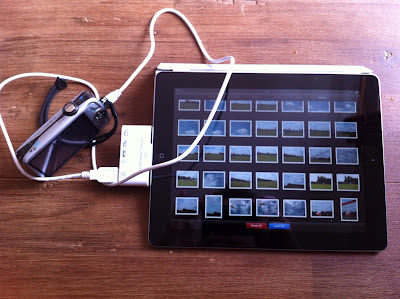 The technology does exist, though, and I recently invested in a 5-in-1 iPad Connection Kit, which I tried out following the recent kite festival. Beyond the irritation of the need to invest in such a piece of kit for what should surely be a basic and obvious function for any tablet or notebook, I am happy to report that this item works really well and conveniently solves my iPad digital photography woes. It's plug-and-play, and you simply attach your camera as normal, select which photos you want to upload (and, in usual iPad fashion, the interface for this is great) and away you go. As with any normal import tool, you are then given the option to delete the uploaded photos from the device. 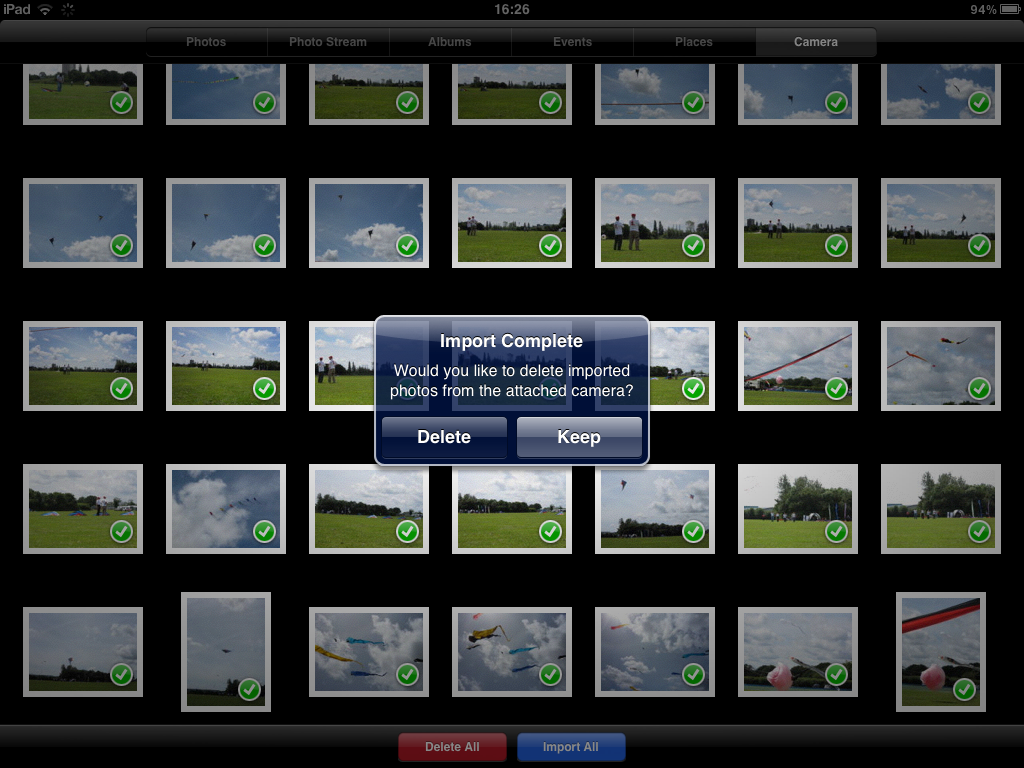 Once on your iPad, the photos are helpfully collated in an Album called "Last Import" with all imported photos in another album imaginatively called "All Imported". These are then available for all your usual iPad activities, such as blogging. You also then have the option of saving the photos individually to your camera roll, which will make them appear on your Photostream and thus available for other devices (if you have iCloud enabled). Happily, they do not all automatically appear in your Photostream - I was worried about filling up my iPhone the first time I tried this.

Of course, once you have your photos on your iPad, you need to do something with them. In the past, I have had to go via a PC with the good ones (essentially relegating the iPad to a viewing device (oPad!)) but now I use the Best Album App to put them up on Picasa. For some reason - competition, maybe? - Google websites like Picasa do not seem to work very well on iPhones and iPads, in my hands. I've tried a few apps claiming to work well with Picasa in the past and found them disappointing. This might be because I have stuck to the free ones. For a couple of quid, Best Album is well worth it. It just works really well. (So far, at least.)

Once logged on to your Picasa account, you can view, edit and create galleries easily and then uploading photos is a simple as picking the photos you want from the Photo Library and then uploading. My only real gripe was that I did not find it easy at first to work out the size at which my photos would be uploaded to the website. I cannot remember now whether the default was too big (I don't have unlimited space on Picasa) or too small but it was easy enough to remedy in the Settings once I realised. 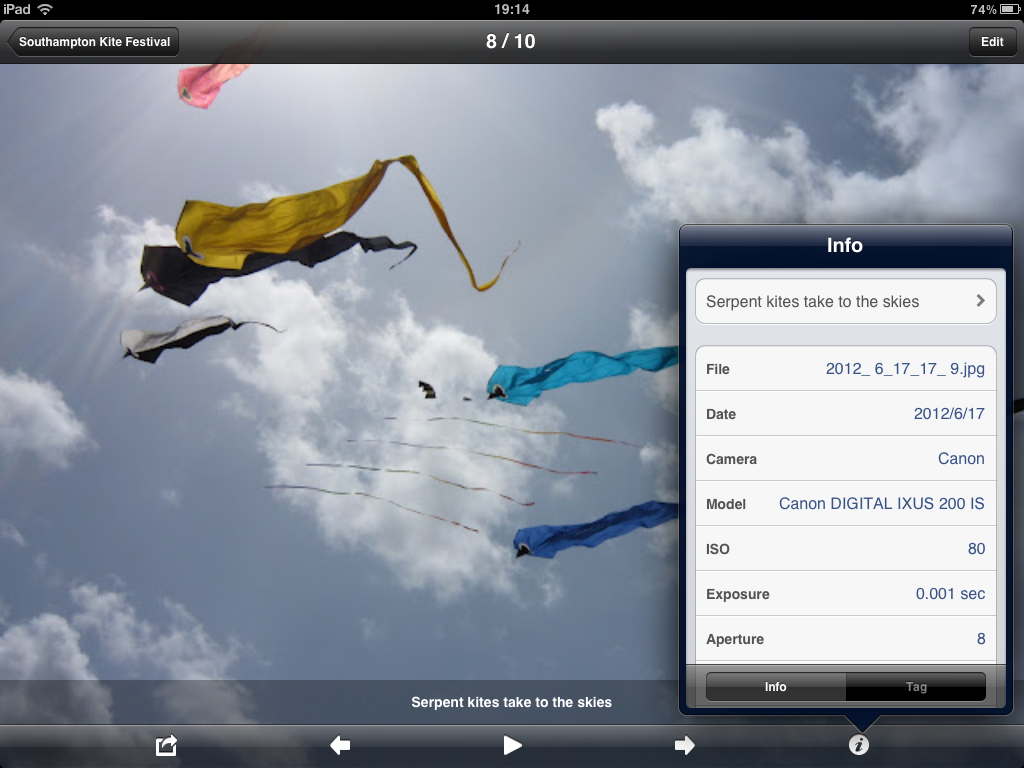 Once up, album details can be altered and the cover art set. Individual photos are also really easy to add captions to, and the like. My kite photos are here and the whole process of uploading them, flicking through to find the ones I liked, creating a Picasa album and uploading them, only took a few minutes and gained a bit of the iPad feeling of fun into the bargain. If you own an iPad and like digital photography then I can heartily recommend this combination of kit and app.

(I haven't gone into editing photos at all here because I don't do a lot of it. The main thing that I do is to re-crop photos, and the crop tool in the standard iPad Picture Gallery is perfectly adequate for that.)
Posted by Richard Edwards at 17:26