The badgers are safe (for now)! 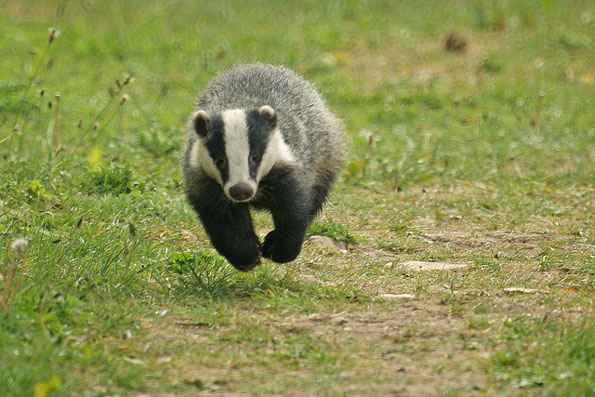 In a non-binding vote, MPs rejected the policy by 147 votes to 28, calling instead for vaccination, improved testing and bio security.

The vote is non-binding and the Environment Secretary remains committed to the mindless badger cull. Hopefully, now that MPs have been added to both scientists and the public as the people the government have to flagrantly ignore to go ahead with the plan, something will actually happen.

As revealed in another BBC piece (Analysis: The battle over brock):

Ministers say cattle vaccination is not currently an option due to EU regulations. The main problem is that a test developed by UK scientists to distinguish between vaccinated and infected cows has not been approved.

I guess this makes the EU is the next place to put the pressure - New Zealand has had a vaccination program since 2004:

Cattle can be vaccinated and their products consumed locally using a test that can tell between TB infection and vaccination, although the products cannot be exported to either the EU or the US, according to officials.
...
Field trials on cattle TB vaccines are banned in the UK, but scientists have been collaborating with countries where vaccination programmes are ongoing, including the US, Argentina, Ethiopia, Mexico and New Zealand.

It's not over yet but at least the badgers should be safe for the winter.

Posted by Richard Edwards at 05:56