Americans, please listen to the Rest of the World!

I've already had a bit of a rant that There is no "Leader of the Free World" but one thing seems clear: if Romney gets in, the Americans should finally give up all claims that there is. As blogged by A Tippling Philosopher:

The graph says it all, really: 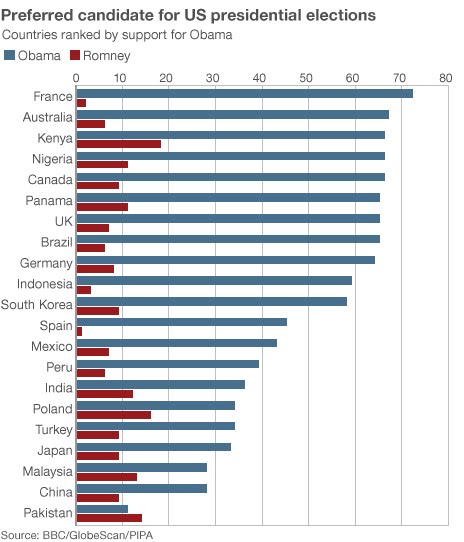 Posted by Richard Edwards at 03:44