If in doubt... ask for evidence!

This one passed me by for a while thanks to an over-active junk email filter. Via the British Humanist Association, I just found out about the Ask for Evidence campaign run by Sense About Science:

The British Humanist Association (BHA) has announced its support for the Ask for Evidence campaign, which aims to hold companies, politicians, commentators and public bodies accountable for the claims they make. The campaign has been launched by Sense About Science, the charitable trust that works to enable members of the public to make sense of scientific claims made in public discussion. The campaign encourages ordinary people to write to organisations and public figures which make scientific claims, to ask them for the relevant evidence.

There’s a bunch of interesting examples on the Sense About Science website, which also provides a great insight into some of the bizarre claims that are made. (Of course, not all of these claims are wrong and, on some occasions, the evidence is provided.)

Some of them are real eye-openers to marketing spin. The response to questioning of Pret’s claim “Pret creates handmade natural food avoiding the obscure chemicals, additives and preservatives common to so much of the ‘prepared’ and ‘fast’ food on the market today” included the gem (my emphasis): “What they eventually said was that there were about 300 or so chemical preservatives available but that Pret only used about 50 of them.”

How much difference this will make in the long run, I don’t know, but there are already several success stories on the examples page. (Some of them are quite bizarre, such as “M&S no longer stock ‘MRSA resistant’ pyjamas.”) Anything that raises public awareness of need for evidence-based claims has to be a good thing, though. 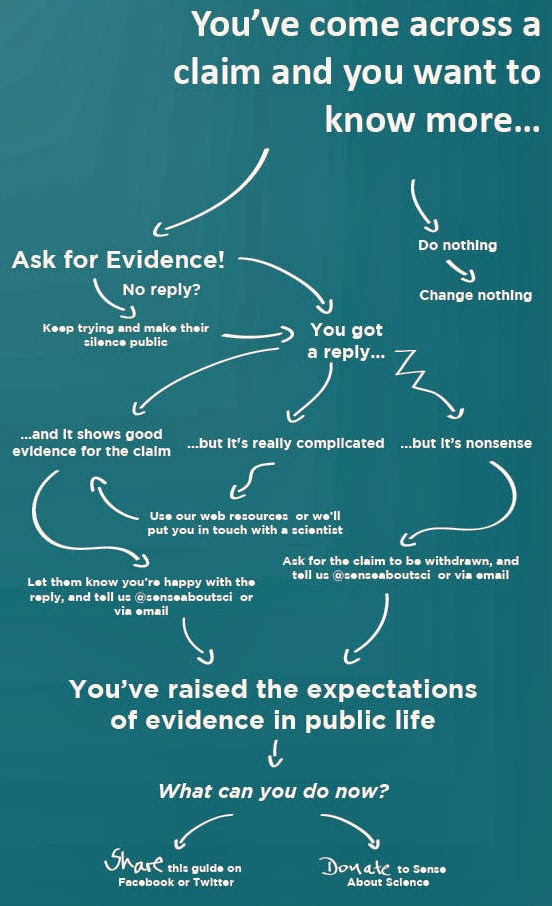 Posted by Richard Edwards at 22:13