It’s Australia Day so it seems appropriate to post a celebration of something Australian: Matilda Bay beer. Australia Day marks the anniversary of the Brits arriving at Sydney Cove, not far from where I type this, in 1788. Almost two centuries later Matilda Bay Brewing Company established “Australia’s original craft brewery” (according to them) in Melbourne.

I must admit that I was a little fearful of the quality of Aussie beer before moving here; I was routinely disappointed by the offerings during a holiday in 2004 and the less said about the stuff that makes it over to the UK the better. I was happy to be proved wrong! The craft beer industry seems to be thriving and there are some really good ones about. Two of my favourites so far are from Matilda Bay: Fat Yak Pale Ale and Minimum Chips Golden Lager. 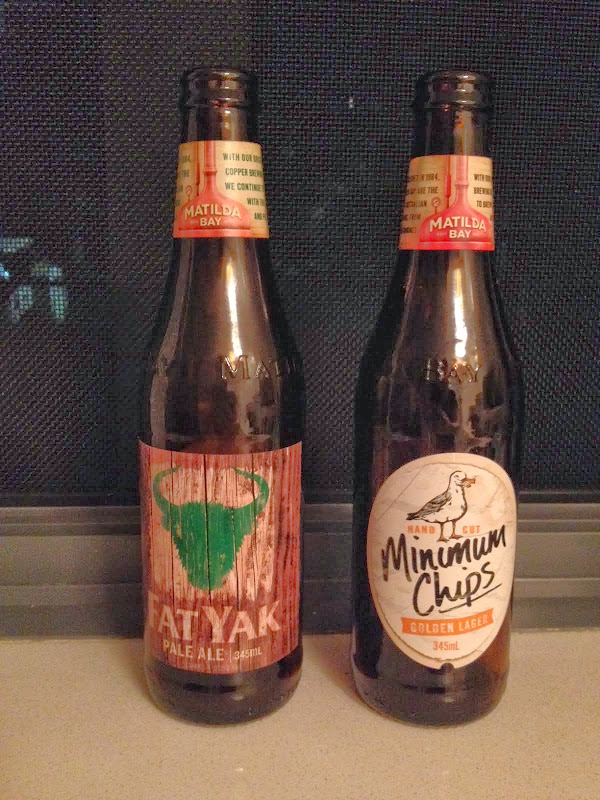 Minimum Chips is best on a hot, sunny day but Fat Yak is a fine all-rounder that’s good for any occasion. I look forward to sampling some of the other in the range! (James Squires and Mountain Goat have some good ones too.)

Posted by Richard Edwards at 21:50