Mystic Mog and the Exploding Tortoise: The Plan 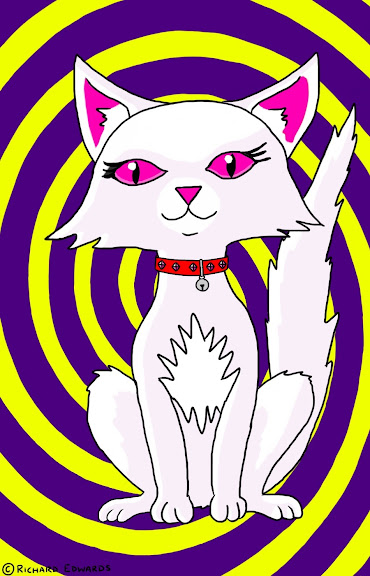 My recent posts have been a bit dominated by the great National Trust YEC fiasco of late, so now for something completely different and altogether not-so-serious. Observant ones among you may have spotted a new "page" appear in the side-bar, linking to a new blog: Mystic Mog and the Exploding Tortoise. This is cross-post from that new blog, explaining what's going on - or hopefully will be going on, at least...

I was chatting to a friend recently about writing fiction and he asked me how I controlled the characters as they had a tendency, in his experience, to go off and do their own thing. Well, in the case of The Cabbages of Doom, I guess the answer is that I didn't! The whole thing started life as a random email to a friend as a bit of light relief, which was followed up the next day by another that picked up where it left off, and then another and another... until I found myself writing a novella. (Too long to be a short story but too short to be a proper novel!) I don't think it was until about half-way through that I really knew how it was going to end and, even then, it took the characters rather longer than expected to get themselves to that end!

The sequel started life almost as randomly, as a title: "Mystic Mog and the Exploding Tortoise". I can't remember how or why that title became fixed - it happened when I was a PhD student before the first story was even finished - but now it has become quite established and the story has grown (or continues to grow) around it. Finishing Cabbages gave me a bit more time to dwell on the plot of the sequel, so I have an approximate plan this time of where it is going, although some things - such as the end - are still lacking. What is really lacking, though, is the writing! Things were a bit slow with my iPad because it's not that great for heavy text input but now I have a MacBook Air, I am hoping this will improve.

I am still finding it a bit hard to make the time, though, particularly as I am stuck in a bit of tricky spot - over 44,000 words are already written but not for quite a long time, so I need to try and refresh my memory (and edit) somewhat before really launching back into it. With so much of the story still to go, however, I have this "will I ever finish it?" feeling that keeps clawing me back.

Time to take action, and that action is to serialise it in the Mystic Mog blog! I've never blogged a story before, so I am not entirely sure how, or even if, this is going to work but the rough plan is essentially to follow the original genesis of The Cabbages of Doom, releasing one "episode" (snippet) each day or so until completion. I have fifty or so such snippets largely ready to go (with a bit of neatening and editing) and a whole 'nother bunch planned, so I should have enough to keep going for a while. The hope is that, in the meantime, I can write some more and keep ahead of myself. (I probably won't post every day.) If nothing else, the commitment will hopefully keep me going!

Once it's "finished", much like with The Cabbages of Doom, I imagine I will go back over it and edit out the bits that don't work, fix a few continuity errors, flesh out some weak bits and whack it out as another eBook. So, if you liked the first one, or just want to help be a "muse" (and, with luck, amused), do sign up and join me on my journey to more madness. I hope to post the first snippet in a day or so.
Posted by Richard Edwards at 08:03