From the ancient Greeks to the modern Geeks - the #Nerdlympics 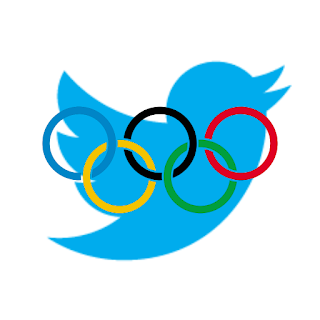 This weekend I joined with people from all over the world to witness Olympic history in the making. It was a pleasure to see science and technology celebrated on the world stage and pay a wonderful tribute to the creation of the World Wide Web.

No, I am not talking about the opening ceremony (although I did very much like the cauldron). I am, of course, referring to the #Nerdlympics on Twitter!

I've been on Twitter for a while now and contribute to a couple of trending topics but never got in on one at the beginning and watch it take off before.

Perhaps ironically, I had not really checked my Twitter feed for a while when I logged on last night, Alex Wild (@Myrmecos) had just posted a couple of geeky Olympic event puns with the hashtag #Nerdlympics. ("Star Trek and Field" was one of the early ones.) Never one to resist a good pun (as readers of The Cabbages of Doom could testify!), I tweeted "PCRchery" back (an event to be held in the velodrome with the rest of the thermal cycling). There were then a trickle of tweets, including some of my own contributions:

A couple of my favourites were tweeted at this time, including:

Then, it suddenly took off and tweets were flying in, causing Alex to tweet:

The good news is, I've finally created my first successful hashtag. The bad news is, it's #Nerdlympics

As I replied at the time - I don't see the bad news here! Top work, Alex - you gave many nerds (including me) an entertaining evening.

It was quite interesting to see the different approaches taken. I was definitely of the "pun" class but there was a clear set of proposed events from an actual Nerdlympic competition. (Alex himself posted both types, e.g. "Synchronized Centrifuging".) At this point it became hard to keep up but here are a few more of my favourites (in no particular order):

Well done, all! It made me proud to be a nerd.

I am sure that there were some other classics that I have missed. To get a few more, try searching Twitter for #Nerdlympics - the early posts are all events but then later posts start referring to summaries of the event (recursive trending?) - or check out the Storify summaries by Bug Girl and Tarek Amr.
Posted by Richard Edwards at 08:12