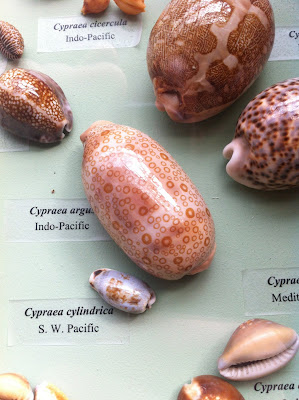 It's not just rocks that have crazy and beautiful patterns - shells do too. The Oxford University Museum of Natural History has a great collection of such shells and this one stands out as a particularly fine example. It's labelled Cypraea argus, now known as
Arestorides argus - a.k.a. the "eyed cowrie", a species of sea snail.

Whilst undeniably pretty, the eyed cowry is not my favourite part of the Mollusca exhibit at OUMNH, though. That honour goes to the phylogenetic tree of Molluscan Classes made out of mollusc shells. How cool is that‽ (As a marine gastropod, Arestorides argus would join this particular party in the top left.) 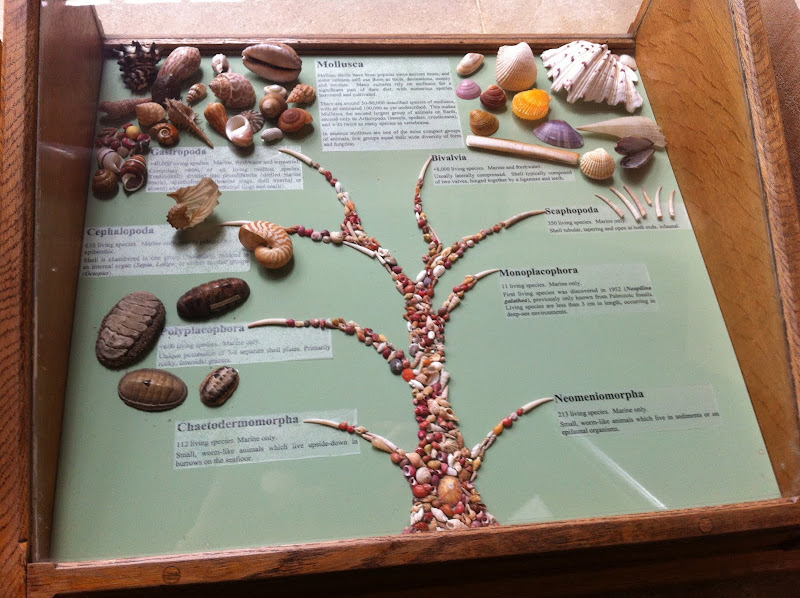 Perhaps the craziest molluscs of all, however, are the Cephalopods, which include octopuses and squid (including both flying and glow-in-the-dark varieties). These guys have lost their shells (or only retain small internal parts), though, so they can't contribute to this particular tree.
Posted by Richard Edwards at 01:24