One of the hardest thing about selling up and moving 17,000km away was putting our two cats through the trauma of being shipped off to a cattery then flown half-way round the world before spending another 30 days in quarantine at the other end - and, of course, being without them for all this time (barring a couple of visits). Today was the day that we picked them up from quarantine! 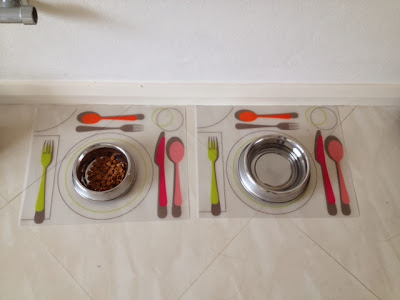 We had obviously done our best to prepare for the arrival of our furry friends - complete with comedy placemats from Ikea for their food and water bowls. (I am not sure whether they will appreciate them as much as we do!) 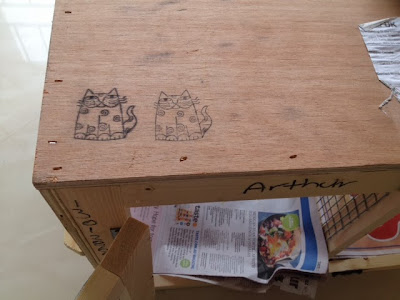 The whole process was also made much easier through the knowledge that they had been well looked-after throughout. This started with their cattery stay and relocation by PetAir, who have been great and clearly care for all the animals they relocate. We picked them up in the PetAir crate that they were shipped over in, and it made me smile to see the stenciled cats on top. The lady at the quarantine station also made us feel that they had received good care as, like the PetAir staff, she reported a bit on their personalities as well as simply their condition.

The most traumatic part of the process (today) was probably the journey out and back, which was largely due to a combined lack of familiarity with the car (a GoGet Hyundai i30 called Lorna), the route and our new Garmin sat nav. (I am not getting on with the latter but I’ll save that for (maybe) another day.) Given that it was only my second drive in Australia, though, it did not go too badly - thanks largely to some human navigation and Google maps on the iPhone. 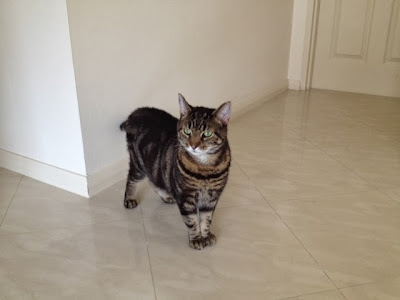 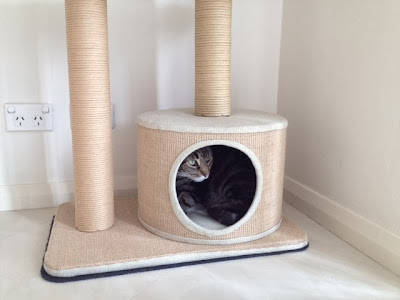 Arthur is not shaken by much and so, somewhat predictably, it was he that settled in quickest, giving the apartment a bit of a look over before settling down in the “cat condo” to survey things for a bit. 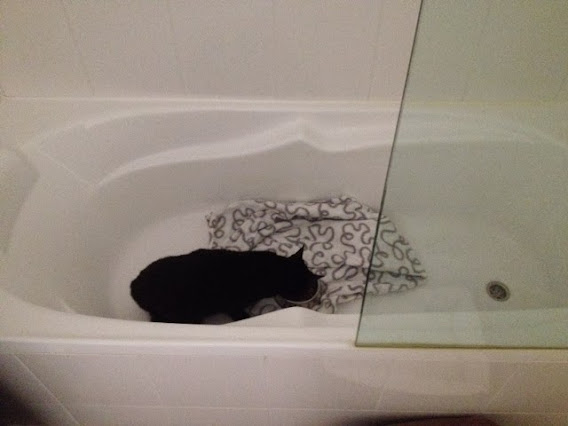 Mia, on the other hand, went and hid in the bath for a while. I can’t say that I blame her - if it had been me then I think I would have wanted a bit of alone-time. The introduction of a bowl of food was well received and she did not stay in there for long.

Unfortunately, I had to go into work for the afternoon but was pleased to receive reports that tummy-tickles were being enjoyed - and a photo of Arthur doing what he does best: sprawled relaxation. 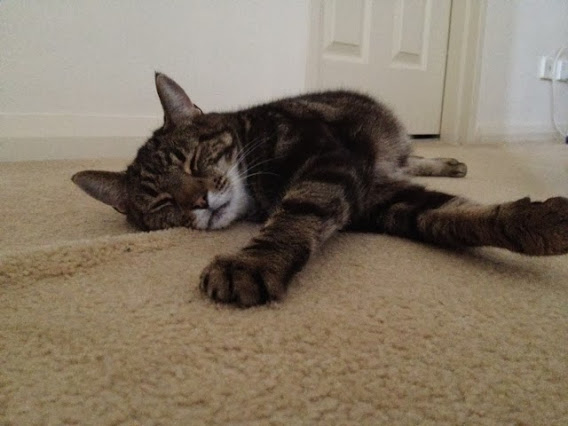 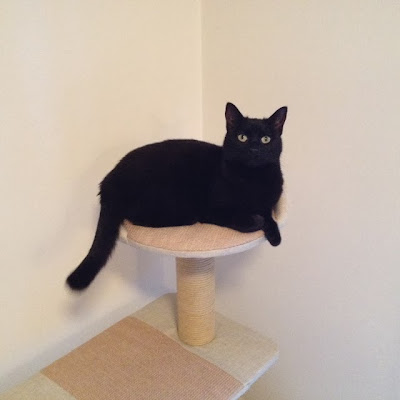 By the time I got home again, it was almost like business as normal - I got a good greeting, Arthur was only interested in food and Mia was soon surveying her new realm from atop the cat condo. That was, at least, until I started showing an interest - this post has been slowed down at times by a purring Mia on my lap! :o)

Posted by Richard Edwards at 20:35