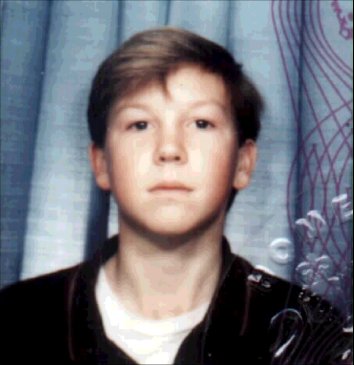 Finally, I have got round to tidying up my website after the transition from GooglePages to GoogleSites stuffed it up, somewhat. It's a bit of a random mix of stuff and, to be honest, is largely superseded by this very blog but I thought I should say something after spending two hours fixing broken links!

There is a bit of anti-Creationism stuff for those who like that kind of thing. I'm avoiding it at the moment because all the lies make me angry but, as an evolutionary biologist, I feel like I have a civic duty to wade into that battlefield from time to time. (Fortunately, there are lots of others out there doing it better than I.)

It also has some amusing pictures of me in past days, such as the old passport photo shown here.
Posted by Richard Edwards at 08:02