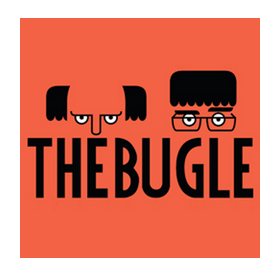 This could be an audioblog post today, in the form of The Bugle, episode 292, as it sums up my feelings about the recent UK General Election. And that feeling is:

Hopefully, the Labour Party will now get someone decent in charge. I can’t help but agree with Andy Zaltzman’s reading of the situation: people had a last minute change of heart on the basis that they could not imagine Ed Miliband as Prime Minister.

Following the LibDem coalition shenanigans, all three major parties have now shown that they cannot be trusted to keep promises in power. Therefore, you cannot really be sure what policies you will get, whoever is voted in. On the other hand, one thing you can be sure of is who will be PM, at least to start with. However odious the Tory policies may be, David Cameron can at least hold his own on the international stage. Ed Miliband, on the other hand, is embarrassing to watch on any stage.

In an ideal world, politics would be all about policies. (Which is probably why so many people were too ashamed to admit to the pollsters that they were going to vote Tory.) Sadly, this is not an ideal world. When it comes to a leader, it’s not just the ideas that matter. Personality counts. Charisma counts. With Miliband, Labour had someone who had all three. Then, for reasons that remain a mystery to me, they elected his brother as leader. Hopefully, the country won’t suffer too much as a result.

My other hope is that Lib Dem supporters will stop punishing the party for one bad mistake on tuition fees. I know that they let people down, but no more than Labour or the Conservatives have done in the past. 27 of their lost seats went to the Tories. Really, people?

At least Nigel Farage will be departing along with Nick and Ed, even though that’s only because the UK electoral system is so unrepresentative. With any luck, UKIP will now wither and die. (I'm not feeling lucky.)

Posted by Richard Edwards at 21:58