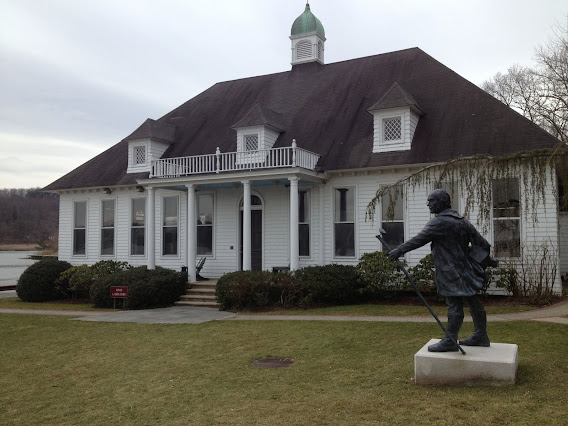 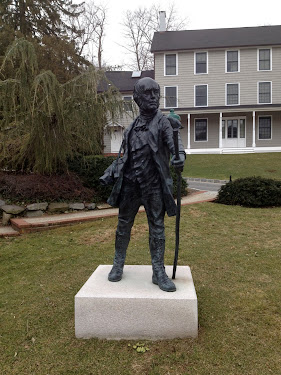 Observant folks will have noticed a statue of a young Darwin outside the Luke Building in my earlier post about Cold Spring Harbor Laboratory. I like it. Normally, Darwin statues (such as at the Oxford University Museum of Natural History) are of the old Darwin, balding and beardy. I have been reading Darwin's Beagle Diary blog and so it's great to see a statue of the young Darwin striding forward into the unknown. (The 2nd voyage of HMS Beagle die not go via North America, so it's not commemorating an actual visit to Cold Spring Harbor.)

In reading the diaries, I've been captured by the enthusiasm for nature that Darwin exhibits. A few quotes from his time in Bahia, Brazil in February/March 1832 give good examples.

"The day has passed delightfully: delight is however a weak term for such transports of pleasure: I have been wandering by myself in a Brazilian forest: amongst the multitude it is hard to say what set of objects is most striking; the general luxuriance of the vegetation bears the victory, the elegance of the grasses, the novelty of the parasitical plants, the beauty of the flowers — the glossy green of the foliage, all tend to this end. — A most paradoxical mixture of sound and silence pervades the shady parts of the wood, the noise from the insects is so loud that in the evening it can be heard even in a vessel anchored several hundred yards from the shore. Yet within the recesses of the forest when in the midst of it a universal stillness appears to reign. To a person fond of natural history such a day as this brings with it pleasure more acute than he ever may again experience."

"I can only add raptures to the former raptures. I walked with the two Mids a few miles into the interior. The country is composed of small hills & each new valley is more beautiful than the last. — I collected a great number of brilliantly coloured flowers, enough to make a florist go wild. — Brazilian scenery is nothing more nor less than a view in the Arabian Nights, with the advantage of reality. — The air is deliriously cool & soft; full of enjoyment one fervently desires to live in retirement in this new & grander world."

"It is a new & pleasant thing for me to be conscious that naturalizing is doing my duty, & that if I neglected that duty I should at same time neglect what has for some years given me so much pleasure."

This is a side of Darwin's character that often seems to be forgotten when discussing his accomplishments with regards to evolution and it's good to have reminders from time to time. He was not just a great Scientist, he was a lover of Nature.
Posted by Richard Edwards at 05:45