A (gloved) thumbs up for Yaktrax 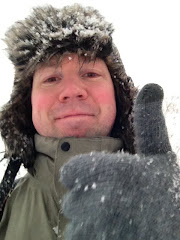 Friday's snow gave me a good excuse to try out my Yaktrax, which we had got following the last bad snow and ice a couple of years ago but had not had the chance to try out. Yaktrax are clever little grips that fit over regular shoes. Basically, they have a stretchy rubber mould with steel coils that stretch across the bottom of your shoes and give good grip on packed snow and ice. 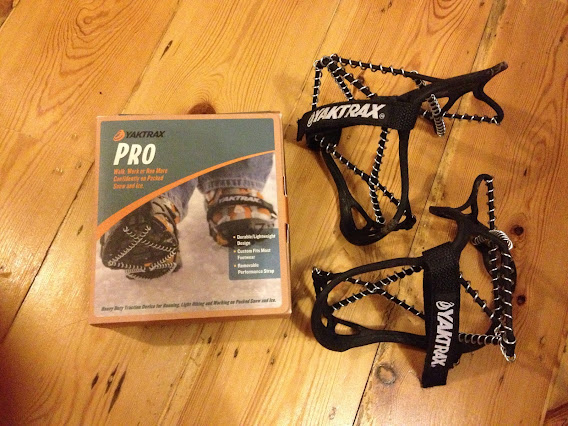 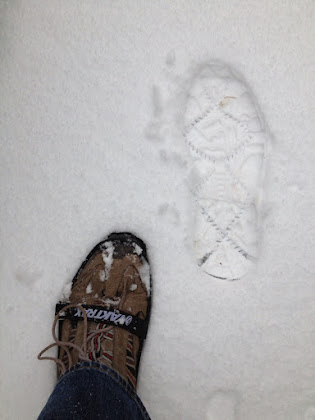 The snow on Friday was still fresh (and still falling!) so it was not strictly Yaktrax conditions but there had been some light rain the night before that might well have formed a frozen layer underneath, so I thought I would try them out anyway. They certainly gave my footprints some extra personality!

I'm not entirely sure how much they helped as I did not do a control by walking half-way to/from work without them on but I can report that I had zero slips, including at the pretty steep entry and exit to the underpass on Southampton Common. Given how slick that bit can get, I'd be surprised if they didn't make a difference. 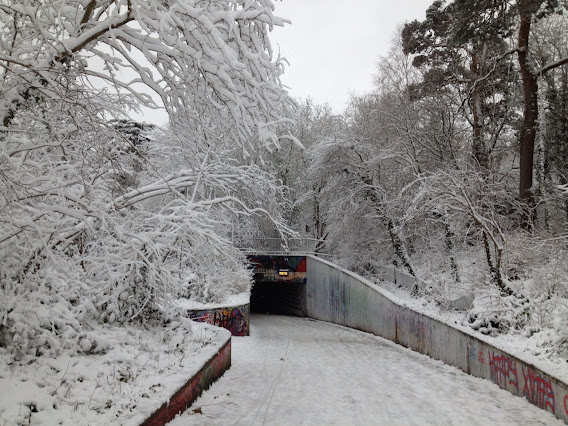 I also went out for a curry in the evening (the always fantastic Kali Mirchi - still great! -) and it was a bit more icy then. I'd taken my yaktrax in my bag and did end up putting them on and noticing a direct difference on the way home. They're pretty easy to put on and off (as demonstrated by the fact that I was able to put them on on an icy street) and so even though they actually make things worse on clear roads/paths, I think they are a handy piece of kit to have on you if in doubt. Now I just need it to snow some more so that I can use them a few more times!
Posted by Richard Edwards at 02:54