Is technology ruining the moment?

Like many people, I was at home when the New Year was rung in, so I could only watch the fireworks on TV. They were, it must be said, pretty spectacular (although I actually thought there were too many at times) and I felt a twinge of jealousy towards all those watching it live above their heads. 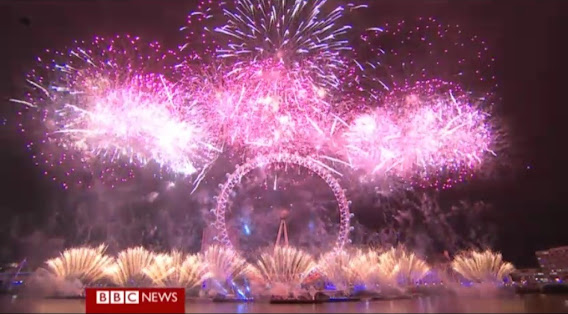 Jealous, that is, until the camera panned across said crowd and revealed all the upturned faces, staring into the LCD screens of their cameras and smartphones. 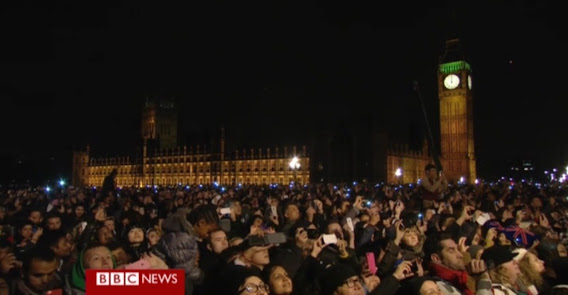 Is the memory of the 21st Century human really so bad that we have to try and capture every event and every moment on a digital device, however inferior that would be to the experience itself? (Even the best camera equipment is not going to have a dynamic range or field of vision to challenge the Mark I human eyeball.) I could almost understand it if the event was not being televised and recorded for prosperity anyway. (It's on BBC iPlayer, which is where the screen grabs are from, if you missed it.)

I think I'm going to add another New Year's aspiration:

☑ Enjoy the moment. Learn to recognise when the view or the moment is just too special or breathtaking to be distracted by trying to get the perfect shot for the future.

Hmmm. That's two rants in a row. Must make the next one a positive post!
Posted by Richard Edwards at 07:27