Truck and trailer approaching a city - and a possible Irish deity 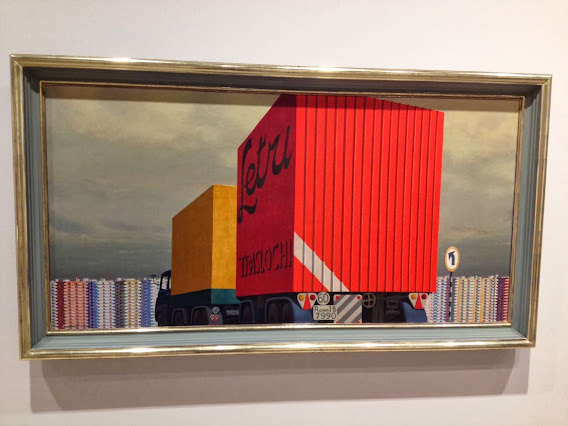 Yesterday, we went to the Art Gallery of New South Wales for the last Art After Hours of the year, when the gallery stays open until late on a Wednesday night. We had a look at a few of the pictures before retiring to the cafe for a glass of wine or two. I think my favourite of the perused artwork was Truck and trailer approaching a city by Jeffrey Smart (1999), who died earlier this year. I can’t say exactly what I like so much about it but I find it very appealing.

Less appealing was The Expulsion by Arthur Boyd - that is until I spotted the uncanny resemblance between one of the main characters and Rodge (I think) from the potty-mouthed Irish TV duo, Podge and Rodge: Rodge in a fisherman’s jacket, expelling Adam and Eve from the Garden of Eden 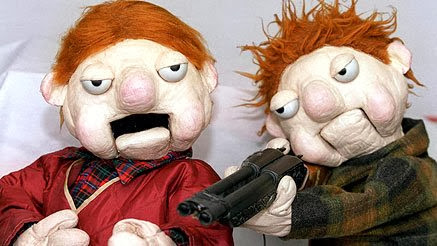 God (right) and his brother Podge.

Posted by Richard Edwards at 22:56