Warhammer Quest for iOS is here (if a bit buggy)

I posted a while back about about the Warhammer Quest iPad App, which is now out. I've had it a couple of days (despite only getting the email today!) and early indications are good. It's quite old school but that's actually part of the appeal, and it doesn't look too old school. 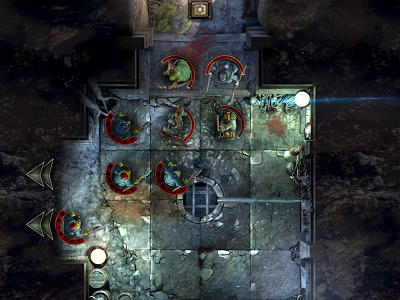 The game is a little buggy (and not just because of the giant bats, rats and spiders) but the occasional crash is not a problem as it saves progress after every turn with iCloud so a quick restart sorts it out. Gameplay might be a little repetitive, with fairly standard fare of visiting settlements, picking up quests and using the spoils to upgrade the skills and equipment of your party of warriors. It's good, though, and the quests are short enough to make it ideal for a quick go now and again without (necessarily) being sucked in for hours - ideal for a mobile device. 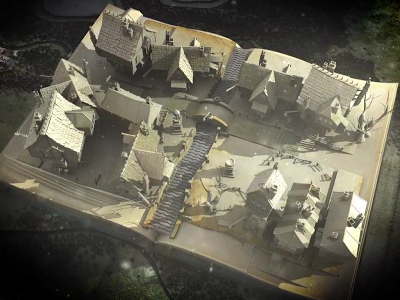 As with Hunters 2, Rodeo Games have made a good-looking game with a simple but effective combat system. Well worth the £2.99, I think. The iPad is the perfect medium for turn-based tactical games and I look forward to more of its ilk from the genre. (Particularly X-Com!)
Posted by Richard Edwards at 07:22