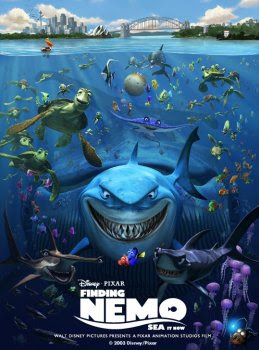 Although some animals are parthenogenetic, Most animals reproduce sexually and sexual reproducers basically come in two flavours: hermaphrodites have both male and female sex organs, while dimorphic species have male and female forms. In the latter case, although there are always two sexes, there are a number of different ways that those sexes are determined. Some species, notably reptiles, have environmental sex determinism, where temperature-dependent hormone levels ultimately dictate the sex of an individual. Mammals also have hormone-driven sex differentiation but, for us, the original trigger is genetic - you either have a Y chromosome (or, more specifically, a functional SRY gene) and become male, or you don't and you remain female. And this is just two out of many different mechanisms. (The platypus has ten sex chromosomes but I won't go into that here.) 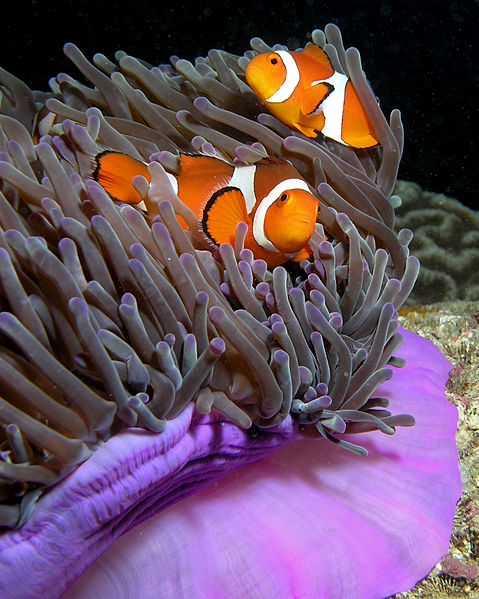 So, what does this have to do with Finding Nemo? Well, despite the domination of sexual reproduction by "male" and "female" sexes, not all species remain the same sex throughout their life. In sequential hermaphroditism, an animal starts out female and later switches to being male (protogyny) or start out male and become female (protandry). One such animal is the clownfish, star of Finding Nemo. At the beginning of the film, Nemo's mum (Coral) gets eaten by a nasty barracuda and so his dad (Marlin) is left to bring up Nemo as a single parent. In reality, Marlin would become Marlene and turn into a female clownfish and the next most dominant male in the group (who was presumably too shy and hiding from the cameras) would step up and fill Marlin's role as The Daddy.

My understanding is that the rest of the film is entirely accurate.
Posted by Richard Edwards at 22:40