Feel the Force... of taxonomy!

Occasionally, I come across some really weird stuff at work. Today, for example, I was updating some lecture slides on sequence databases (how jealous are you of my students?!) when I came across a classic. The release notes for the current version of the UniProt database has a light-hearted and rather interesting look at taxonomy. (It's not very long if you fancy a peek.)

The thing that stood out, however, was the reference to a paper in The International Journal of Systematic and Evolutionary Microbiology (there's a journal for everything!) by Sassera et al. (2006): 'Candidatus Midichloria mitochondrii', an endosymbiont of the tick Ixodes ricinus with a unique intramitochondrial lifestyle. 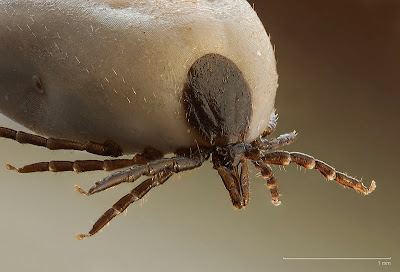 The interesting discovery was not the tick, though, but rather a tiny endosymbiotic (i.e. living internally) bacterium. Intracelleluar bacteria are quite well known and many are rather interesting, such as the "male killing" species that alter the sex ratio of the host's offspring because they are only transmitted by females. Candidatus Midichloria mitochondrii, however, doesn't just live inside cells but inside the mitchondria in cells, which hadn't been seen before, I think.

My interest today is not the science, though, but something much more childish and silly. The authors named their discovery after Midi-chlorians, the endosymbiotic travesty microbes from the Star Wars prequels that explain the Force and make grown men of a certain age weep. (Why George? Whyyyyyy??!!) And that's the benefit of discovering a species - you can name it after whatever you like! (Except yourself.)

And for those of you who get depressed by the mention of Midi-chlorians, or want to know more about them, watch this video!
Posted by Richard Edwards at 08:02