The beauty of The Magic of Reality 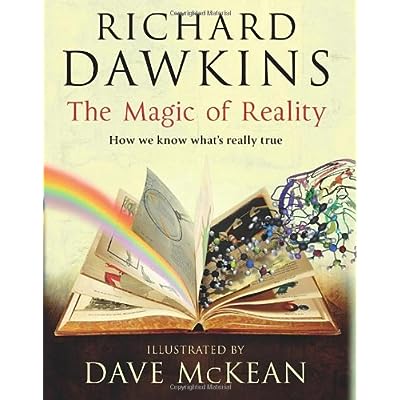 Poor old Richard Dawkins has been getting a bit of a hard time recently by clueless journalists. More on that when I have the time but I thought I'd do my little bit to counter these bad vibes (not in a woo way) with a brief pro-Dawkins post. (Well, probably more a pro-Dave McKean post but I'll get to that.)

After flicking through a copy in a bookshop whilst on holiday, I recently got myself a copy of The Magic of Reality. I've not read through much of it yet but I've enjoyed the first few chapters (despite not really being the target audience). The thing I have loved most, though, has been the visual impact. Every page is stunningly illustrated and not just in a "here's a few nice relevant photos" kind of way; instead, the text and illustrations weave around each other with a greater-than-the-sum-of-the-parts impact. 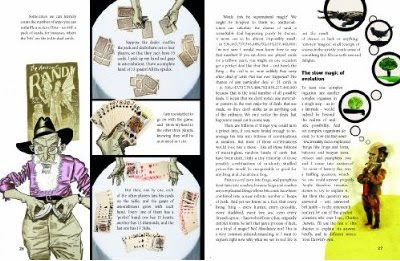 Of course, Dawkins has Dave McKean to thank for the amazing illustrations but it is hard to believe that the images and text could work so well together if he has not also had some input.

I've also found out that you can get it for the iPad for £9.99. Even though I have the book, I must admit that I am sorely tempted.
Posted by Richard Edwards at 04:30