Quick and easy pasta with Italian sausage and kale

Coles magazine quite often delivers the goods in terms of convenient and tasty meals that I can actually be bothered to make - and are quite forgiving to deviations from the recipe. This is my variation on Curtis Stone’s “Penne with sausage and kale” from April 2015. I’ve made this a few times now, so it’s time to post it so that I don’t have to dig out the magazine. (Yes, I really am that forgetful!) 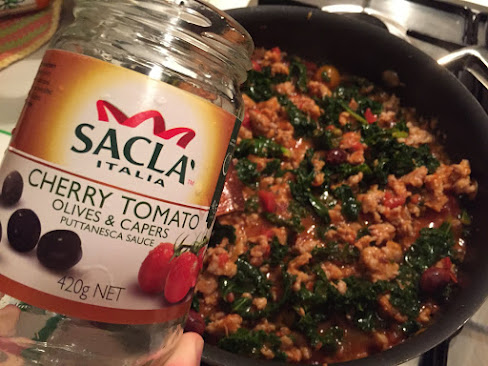 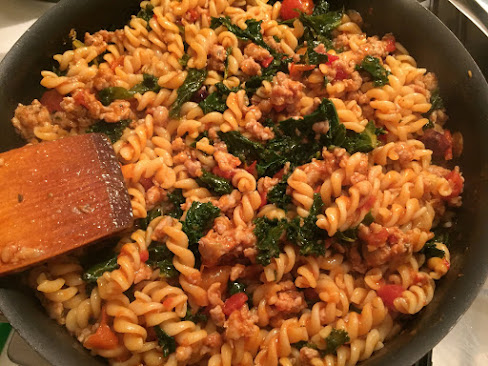 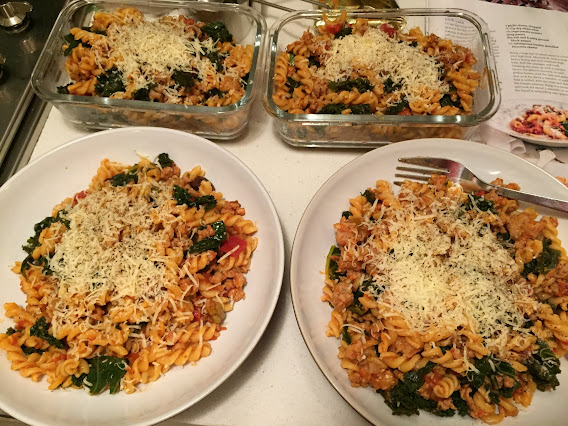 And, of course, it passed the Arthur test. (No, he didn’t get any.) 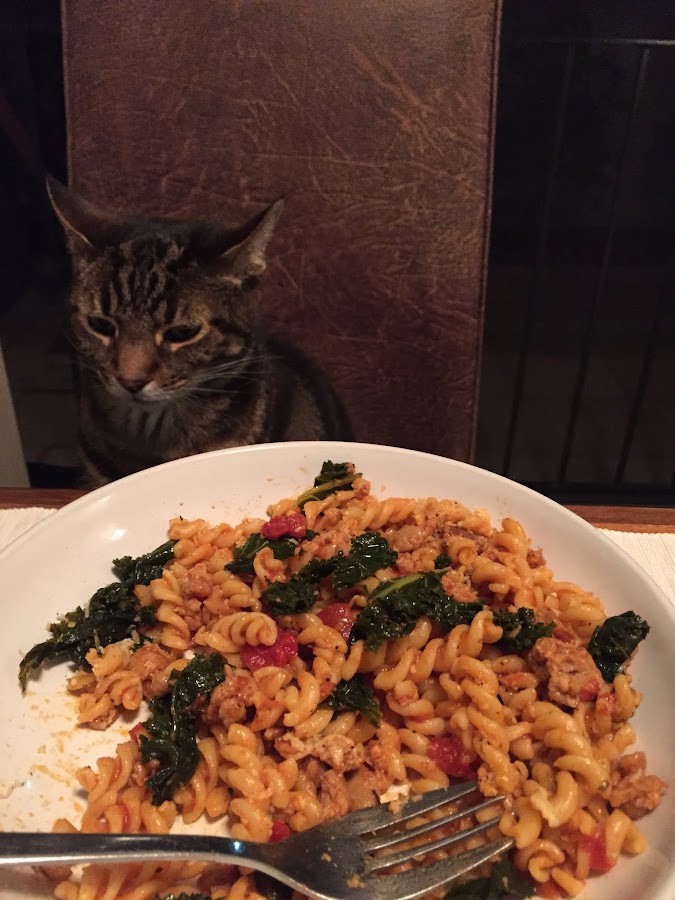 Posted by Richard Edwards at 17:42