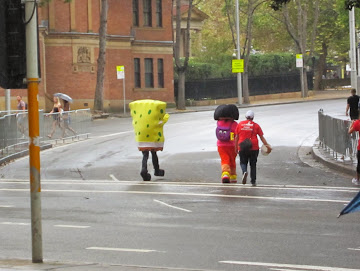 Today, we went into central Sydney for the St Patrick’s Day parade. Despite living in Dublin for six years, this was actually my first Paddy’s Day parade. (I’ve never been that into parades, to be honest.) It was a lot more fun than I expected!

Things kicked off with an Irish icon, Spongebob Squarepants, warming up the crowd before the parade proper arrived. Unfortunately, the rain had also arrived - including a short Aussie thunderstorm downpour - but it failed to dampen the spirit of the parade. The Irish are used to a bit of rain, after all! 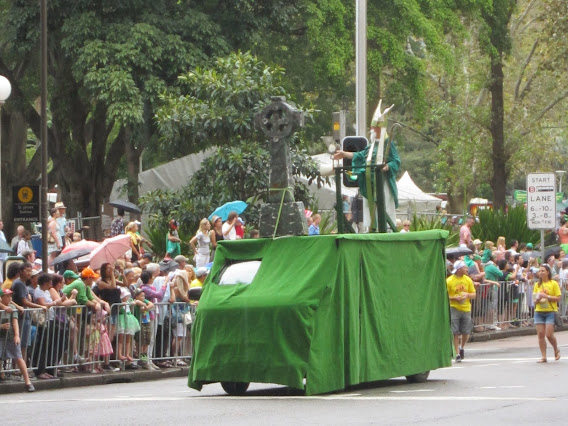 Although it featured some marching bands and the like, the parade had a somewhat charming, home-made feel, including a St Patrick with genuine cotton wool beard! 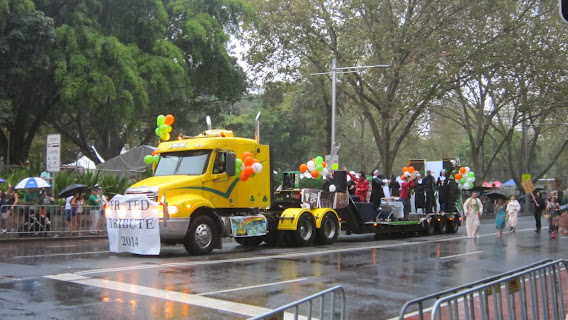 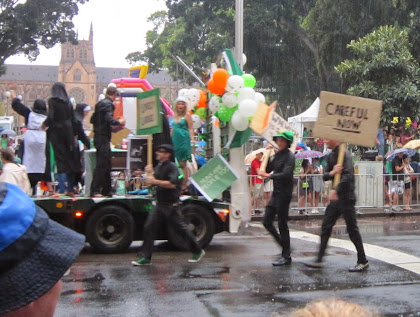 Highlight of the parade (for me, at least) was the Father Ted complete with cardboard “Careful now” and “Down with this sort of thing” placards.

St Patrick’s Day proper is tomorrow: have a good one!

Posted by Richard Edwards at 22:28