Last year, the British government started a trail badger cull despite stiff opposition from scientists, the public and even the House of Commons. The BBC have reported that those Badger culls were ‘ineffective and failed humaneness test’. 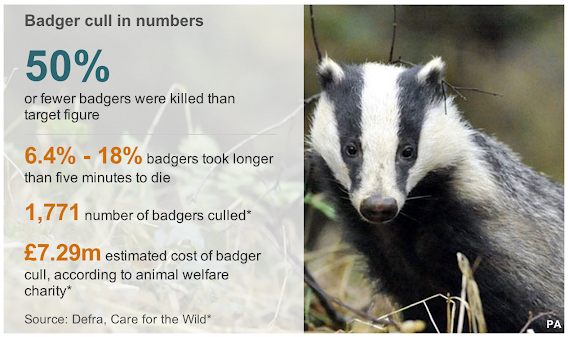 Next time, maybe they will listen to the Science. Hopefully, these millions can now be directed to alternatives that might actually work, such as vaccine development.

Posted by Richard Edwards at 11:16