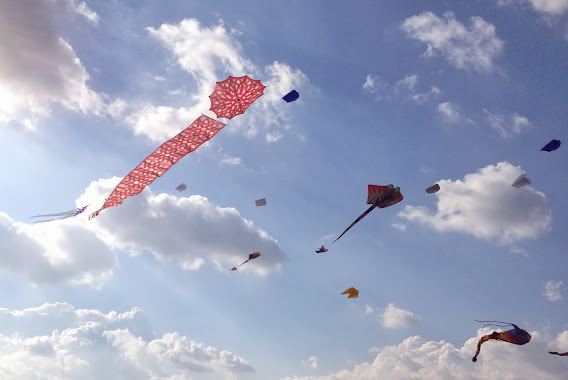 This weekend is the Portsmouth Kite Festival, which featured some crazy kites and even crazier kite flying. We made it down for the afternoon and, as well as The Flying Fish, saw quite a few teams flying routines, including a couple of nine kite displays. (The photo below features French team, Cerfs-Volants Folies.) 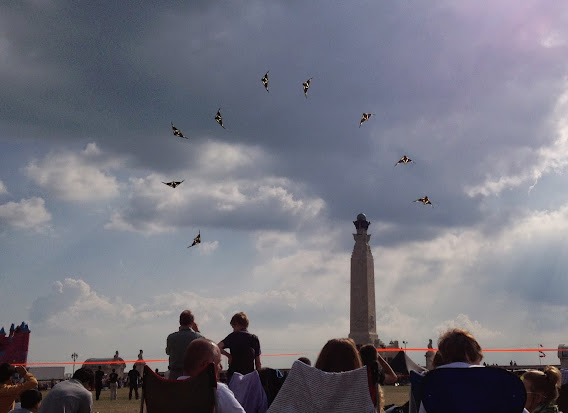 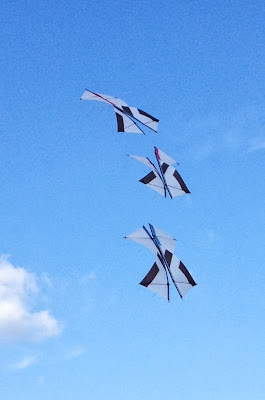 Highlight of the day had to be the last set, however, which consisted of various quad line kite displays. “Revolution” four-line kites can do ridiculous things in practiced hands, including flying in basically any direction and spinning on the spot. The Japanese pair, Team Karasu, did a couple of very entertaining displays (one to a Captain Scarlet/Thunderbirds medley). The Decorators were also really impressive, with their “Come Together” routine.

Craziest of all, however, was the final 24 kite Mega Fly (below). I’m still not really sure how they managed to keep so many kites up in the air at the same time. Having said that, Carl Wright (I think) from Team Spectrum flying three kites in formation by himself might have been even more impressive! 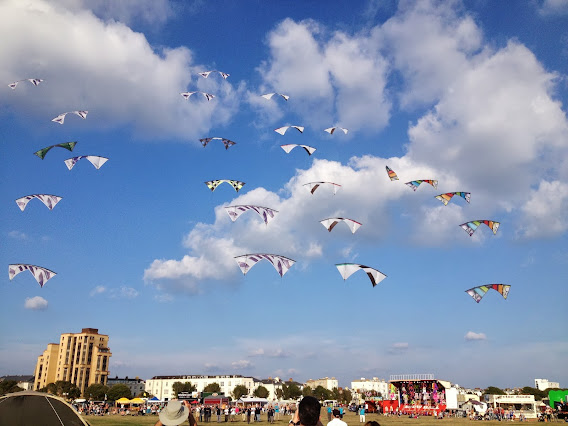 (There are a few more photos on Google Plus if you want to see some more. You can also read Flying Fish's take on the festival.)

Posted by Richard Edwards at 08:29