Wonderful wines of the Western Cape 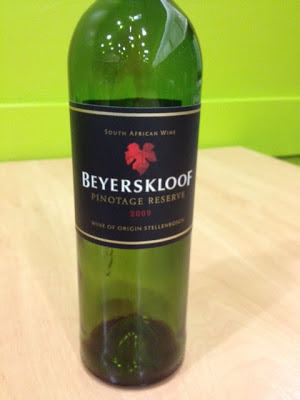 On Friday, a new star of the wine world was revealed to me. Beyerskloof Pinotage Reserve 2009 has joined Roaring Meg Pinot Noir as a wine worth remembering - and paying full price for! :op Unlike Meg, though, it's a real bargain at under £14!

The discovery was made at a particularly good tasting of the University of Southampton Wine Club, "Cape Wines", which featured eight excellent South African wines. (All available from SA Wines.) The Beyerskloof Pinotage Reserve 2009 was the last wine of the night and the star of the show (for me) but all eight wines were very palatable. Affordable too! (The most expensive one was still under £20 - and actually my least favourite of the night.)

A couple of the other reds were also worthy of a mention: the Rustenberg Syrah 2009 and Simonsig Frans Malan Reserve 2007. As one might expect, all three were big and bold, just the way I like my red wine, although the Simonsig had a rather disappointing finish.

I had been expecting to enjoy the reds but the whites were also surprisingly good. The Groot Constantia Sauvignon Blanc 2011 was pleasant but unspectacular - a bit disappointing for a New World Sauvignon Blanc fan. The Vergelegen Chardonnay Reserve 2011, on the other hand, was a pleasant surprise: lightly buttery but crisp. I'm not generally one for Chardonnay but I'd happily have this one again. 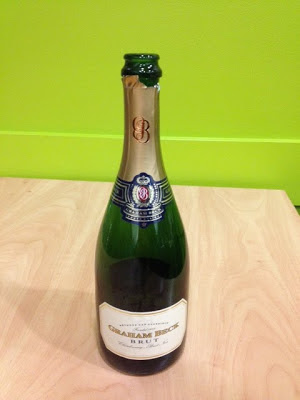 The final notable wine of the night was the least spectacular but worth remembering all the same, which was the opener - a Graham Beck Brut NV. I am not a great champagne drinker but this one was very pleasant and at £12.99 definitely one to note for next time I need something bubbly.

All-in-all, a great evening with some great wines - and eight more reasons to go wine tasting in the Western Cape!
Posted by Richard Edwards at 09:02