Chris Packham shows his star quality in defence of the badgers... and farmers 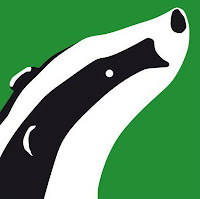 The British Government's Campaign of Stupid is continuing in full force with the recent news, Pilot badger culls in Somerset and Gloucestershire approved. This is after MPs voted to reject plans for the cull last October following massive scientific and public opposition to the cull.

The issue is summed up nicely in a This is Somerset post, BBC Springwatch star Chris Packham: Face the facts, a badger cull won't work. It's well worth a read - well balanced and cutting right to the heart of the matter. This is not just about trying to save badgers - it is about ignoring scientific evidence and plowing ahead with an expensive course of action that is more likely to make things worse than actually help. That money should be going towards trying to find genuine solutions for the TB problem - such as effective vaccination and finding ways to combat the EU ban on products from vaccinated animals. And this is the big problem with politicians ignoring scientists on scientific matters - public money is wasted on solutions that do not work whilst the problems themselves do not get solved.