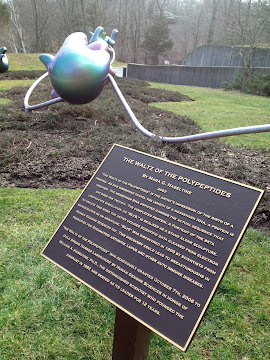 A couple of weeks ago, I attended the 2013 "Systems Biology: Networks" meeting at Cold Spring Harbor Laboratory, New York.

Cold Spring Harbor Laboratory has a beautiful little campus on the north shore of Long Island, about an hour or so east of New York city. One of its charms is the many pieces of sculpture dotted around the place, including "The Waltz of the Polypeptides" by Mara G. Haseltine, which we passed each time we travelled between our cabin dorm and the talks or food.

As the plaque states:

"The Waltz of the Polypeptides" is the artist's impression of the birth of a protein. As five ribosomes travel the length of a messenger RNA, a protein is created. 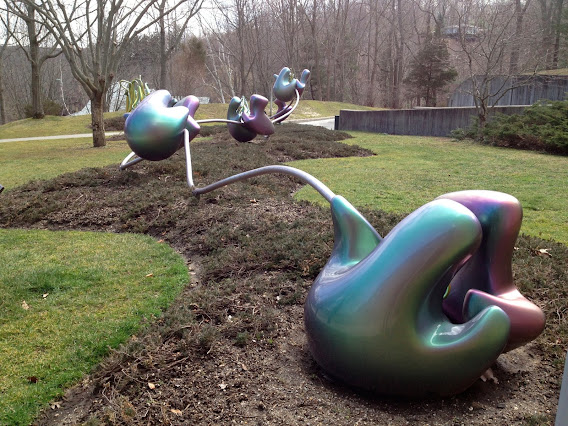 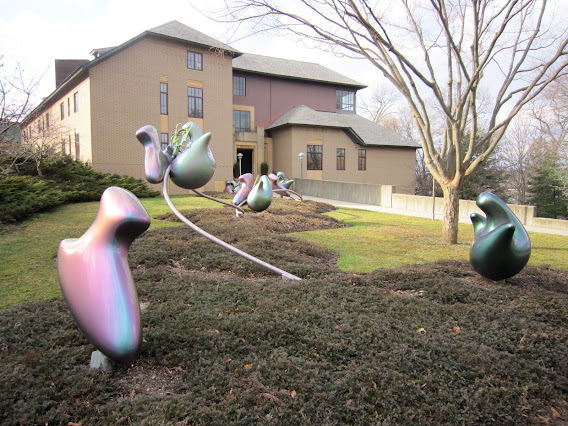 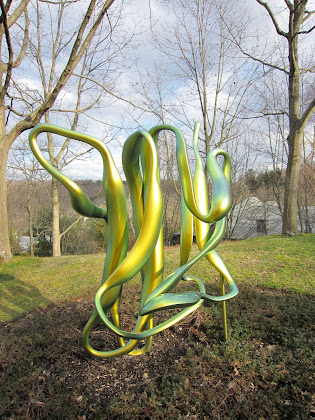 It's quite cute and the large subunit of the ribosome looks like it wants a hug once it's released from the mRNA, as seen to the right of the above photo.

The protein in question is identified as Beta Lymphocyte Stimulator (a.k.a. BLyS a.k.a. B-cell activating factor (BAFF)), officially called tumor necrosis factor (ligand) superfamily, member 13b (TNFSF13B). A separate sculpture of the protein backbone sits on the other side of the path. I like it!

(I stayed on for some holiday after the conference - hence the lack of posts recently - so expect a few more travel posts soon.)
Posted by Richard Edwards at 08:29