More genomes than you can shake a bamboo stick at 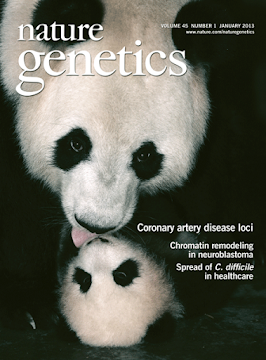 I remember when the first eukaryotic genome - that of yeast - was sequenced in 1996. I was still an undergraduate student, studying Genetics. At the time, it felt like it was the golden age of genetics, with the excitement of the ongoing Human Genome Project. The original human genome took over 10 years and cost around 3 billion dollars - approximately one dollar per base pair. (Nowadays, it's less than $10k per genome.)

It is sometimes easy to forget how far we have come in the decade or so since the first human genome was finished but in case you need a reminder, you need look no further than the latest issue of Nature Reviews Genetics, which features the sequenced genomes of sweet oranges, mandarins, pummelos, watermelons and 34 giant pandas. (2% of all the wild giant pandas!)

I like the last paragraph of the editorial too:

"We do not have to just believe in the process of evolution by natural selection. We can see mutation and selection produce varieties and species of crop plants. We can see the process at work in the wild and admire the way it creates and shapes species and populations of animals and plants. And, the most wonderful thing of all is that you can test the predictions of the idea with your own experiments, with your own eyes."

Perhaps the craziest things of all is that sequencing technology is still improving and still getting cheaper. As a bioinformatician, this is both exciting and scary, as data storage and analysis struggles to keep up with data generation. In fact, I wonder whether 2013 will be the year when sequencing itself becomes like the intermediate stage of a laboratory experiment and people will stop storing the raw data once it's been processed - it's probably cheaper just to repeat the sequencing than to store and backup the raw data!
Posted by Richard Edwards at 08:28