The 2nd Law of Rocking 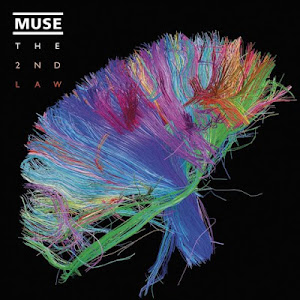 The 2nd Law is the 6th album of Muse and my initial reaction after a few listens is that it is one of the best. It's a pretty eclectic miss.

Supremacy is a good a Muse song as you will find anywhere, full of orchestral/classical influences as well as their rock genius. Madness is Lady Gaga meets Queen (plus Muse, of course). In Panic Station, they out-Darkness The Darkness. For me, it's the difference between being great musicians and being great song writers (and musicians). Survival was one that I had already heard from its Olympics release but it actually sounds much better in context, I think. (The previous track, Prelude, sets it up nicely, as the name suggests.)

I've always thought that Muse had a touch of Radiohead about them and this is never more obvious than in Explorers, which has more than a little No Surprises about it in my book. (Not a bad thing.) Another band that I really enjoy is The Qemists and The 2nd Law: Unsustainable reminds me a bit of them, in a good way. It is a bit of a departure for Muse vocally, as they seem to have a Cylon doing guest vocals. I like it, though! (I think their interpretation of the 2nd law of thermodynamics is a bit flawed though - it's the same mistake that the Creationists make: the Earth is not a closed system. All the time that we get energy from the Sun, continued growth is indeed sustainable (in theory)!)

Overall, in The 2nd Law, I think Muse have achieved something quite unusual. Somehow, it contains both a wide range of styles but also an overall coherence that all fits together well. And it rocks! A definite contender for my favourite Muse album to date.
Posted by Richard Edwards at 09:11