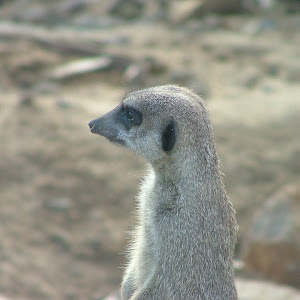 In my last post about Multi-level selection and The Selfish Gene, I neglected probably the most famous and important aspect of the "Group Selection" debate: "inclusive fitness", which (along with its specific form, "kin selection") can potentially give rise to counter-intuitive adaptive behaviours such as altruism and self-sacrifice. To understand inclusive fitness and how/why (a) it works, and (b) it is important, we have to revisit the importance and meaning of heritability in selection.

It's easiest to think about this in terms of purely random events. Imagine two populations of beetle (there sure are a lot of beetles!) living in two trees who, by chance founder effects have different frequencies of an allele that causes melanism (a dark colour morph). Now imagine that one of those trees experiences a rare catastrophic event - perhaps a meteor-strike, or it is on a cliff-top and collapses into the sea - that wipes out its entire beetle population. The frequency of melanic colour morphs in the beetle population has changed - there has been differential survival - but because it was totally unrelated to the causal reason for the differential survival, this is not selection.

Evolution without selection happens all the time and can easily lead to certain traits becoming fixed in a population, even if they have no direct (or only a very weak) fitness effect on those with the trait relative to those without. (Fitness is always relative.) Most changes at the molecular level, for example, are neutral changes occurring through random genetic drift. This is still evolution, it is just not selection - it will not give rise to adaptation. (Although a change of environment - and the environment for genes is never static - could render a previously neutral trait as good or bad.)

Yes, selection can potentially act at some of these different levels - the collective properties of the family, tribe, species or ecosystem can affect the fitness of the genes therein - but only the genes make copies of themselves. Only the genetic information is passed on - all of the physical aspects - the DNA, the chromosomes, the cells, the bodies, the tribes, the ecosystems - are transient vehicles for this information. Only if this genetic information gives rise (in an appropriate background) to the trait that influences fitness - whatever the level that fitness is manifest - will that trait be heritable and selection happen.

This is the difference between "replicators" (in Dawkins parlance) and mere reproducers. The crucial thing about genes is that they make copies of themselves, which are then carried by different members of the population. A particular genetic variant will increase in frequency if the sum total of all its effects is to the collective benefit of carriers of that genetic variant, even if some of its effects are detrimental to some of its carriers. Hence altruism can still spread if it has a genetic basis and the net product is increased survival/reproduction of carriers of the altruism "gene(s)".

There are two more important points about inclusive fitness:

The nice thing about inclusive fitness is that it works irrespective of the nature by which the sum total of its effects benefit its carriers. These effects can occur at any level of biological organisation and may, indeed, have effects at multiple levels; thanks to inclusive fitness, far from being in conflict, multi-level selection and The Selfish Gene are one and the same.
Posted by Richard Edwards at 22:09