One of things you will probably encounter quite quickly if you ever discuss evolution with a Young Earth or Intelligent Design Creationist is a deep confusion about Natural Selection. Often this is as simple as claiming that it doesn't exist and explains nothing, which is clearly and demonstrably utter nonsense. Recently, I experiences a more unusual extension of this claim:

This is usually an attempt to discredit experimental evidence for Natural Selection that comes from direct laboratory manipulations, such as the long-term experimental evolution of bacteria in the lab of Richard Lenski and colleagues. 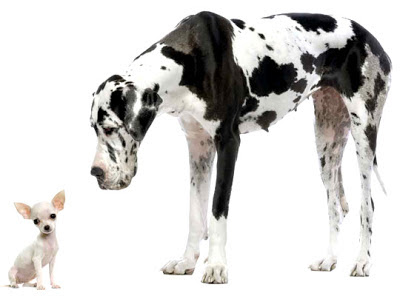 A less extreme position is to claim that lessons learnt from artificial selection, generating different breeds of dogs, for example, are cannot be extrapolated to nature because Natural Selection is fundamentally different. Both variants of the argument are utterly wrong.
[Image credit: Science Museum.]

So, what is the difference between Artificial Selection and Natural Selection?

Philosophically, I think it is the difference between being directed or undirected. This is different to it being a case of directional versus undirectional. All selection is directional - that's the point. Evolution without any direction happens - neutral evolution and Random Genetic Drift - but this does not give rise to adaptations. Selection, on the other hand, imparts directional constraints to the evolutionary trajectory because some variants do better or worse than others.

This is most clear with "Negative" or "Purifying" selection, in which certain directions are closed because carriers of those variants are less competitive. This is what produces a signal of evolutionary conservation. More dramatic are the cases of "Positive" selection, in which particular variants have increased "fitness" compared to the population (i.e. the genetic material for that variant is more likely to be passed on to the next generation than a random bit of DNA in an individual without that variant) and thus it "sweeps" through the population. (Contingent on the strength of the effect and the population size.)

The point is, though, that while Natural Selection has direction it is not directed - it has no goal it is striving towards. The direction is imposed by the environment that a particular variant finds itself in at the time. This environment includes all the other variants in the population: fitness is always relative. 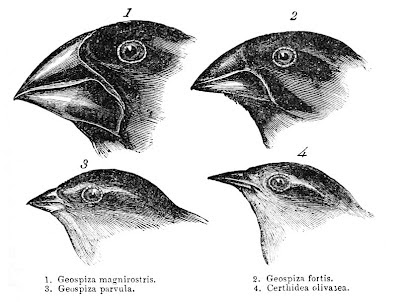 The direction of selection can also change from generation to generation, even within a generation. (Think of adaptations to hot or cold weather and consider climate variability, for example.) This means that populations can evolve themselves into an evolutionary dead-end, or lose a gene/trait that could prove useful in the future. Evolution by Natural Selection reacts to the now, it does not predict the future. The bills of Darwin's finches are specialised for certain foods they have encountered during their radiation - they have not all remained versatile generalists, ready to adapt quickly to changing food availability.

I think this is the real reason that many religious people have a problem with evolution by Natural Selection: there is no goal, no target, so humanity cannot be the goal. We are not the pinnacle that evolution has been working towards, we are just a by-product of past selection and chance events. (There are, of course, ongoing discussions about the predictability of evolution but this is really a question as to whether, if evolution were re-run, something like us (i.e. intelligent life) would inevitably appear. I can't imagine that any evolutionary biologist would seriously entertain the notion that we would re-appear if life were restarted.) The root of the argument against Natural Selection (but accepting Artificial Selection) is born of the belief that all evolution is directly governed and directed by some kind of deity. (Even if this deity is dressed up as an "Intelligent Designer".) Often, this is coupled with claims along the lines of "there is no such thing as random mutation" and other such arguments, which simply do not account for observations of the world around us. (Not unless, for reasons unclear to me, you postulate a deity who is deliberately out to deceive and make things look random and undirected. I'll save this one, and the randomness of mutation, for another post!)

The directed/directional distinction is just one aspect of the difference, however. To really qualify as Artificial Selection, I think that the directing agent has to be directly choosing (selecting) who reproduces and who does not. This is distinct from Natural Selection, in which the differential breeding success is just a consequence of reactions to the environment. This is why claims that experimental evolution in the lab are Artificial Selection are normally wrong. Laboratory evolution is normally directly studying Natural Selection, albeit with a tightly controlled environment. (One of the key approaches in science is to try and remove as much random variability and simplify the system as much as possible.)

In some ways, it is easy to see this by examining the spectrum of selective regimes used in the lab. Some can be quite complex in terms of responses, such as changes in temperature or the addition (or removal) of certain common or key nutrients. Others are much more defined, such as the addition of an antibiotic resistance, in which a very specific trait - resistance - is being sought. This is still Natural Selection: the environment being controlled and the organisms are surviving differentially based on their genotypes in response to this environment.

It could be - and sometimes is - argued that this is actually Artificial Selection and that the specific antibiotic regime is merely the mechanism by which the human is artificially selecting. It could be argued - blurring the boundaries between the two, which I'll get back to - but it shouldn't be argued, for I think it is a wrong (if forgivable) position to take. Even antibiotic resistance experiments are not purely selecting one trait. There will also be more subtle selection pressures due to the choice of media or growth conditions.

As well as resistance, there will still be pressure to grow fast. There may even be complex biotic interactions where a subpopulation protects the rest of the population, such as biofilm formation. Even though the desired outcome might be antibiotic resistance, the experimenter is not (normally) actively selecting individuals. (S)he is not manually screening individuals and picking which ones to propagate.

This is quite different to selective breeding in dogs, for example. Here, a breeder is picking a particular trait - such as the ridge in a Rhodesian Ridgeback and selecting specific individuals with that trait to breed from. This is so powerful as a selective force that it can over-ride normal fitness considerations and evolve a trait that is otherwise downright detrimental to the individuals concerned. A number of pedigree dogs have severe health problems, for example.

The fact is, philosophy aside, there is no real biological difference between the two. Yes, it's easier to spot and define the selection when it's directed and tightly controlled - which is why it is so useful in the lab - but the basic mechanism of differential reproduction of heritable variants holds true for both. Furthermore, there is a direct analogy for Artificial Selection in nature, in which decision-making agents actively choose which individuals get to reproduce based on specific traits - Sexual Selection. (Intersexual selection, specifically, in which mate choice (as opposed to direct intrasexual competition) is a determining factor in reproductive success.) Sexual selection and mate choice abound in nature and can produce some quite absurd phenotypes that, like the products of artificial selection, are not necessarily healthy. From the perspective of the organisms experiencing the selection, a human imposing Artificial Selection is just part of the environment in just the same way as a choosy mate might be. 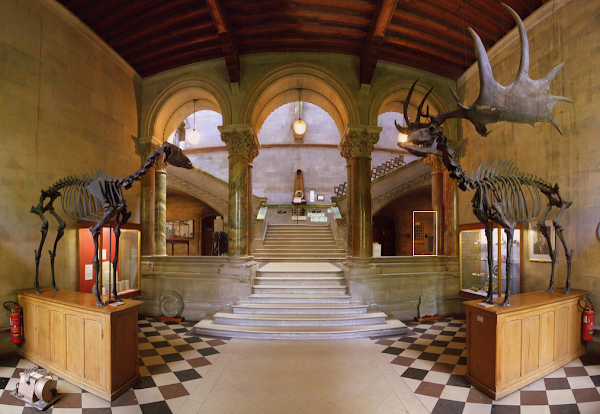 One possible example of this is the antlers of the (now extinct) Irish Elk. The photo above (from WEIT) shows male (right) and female (left) Irish Elk skeletons from the Museum Building in Trinity College Dublin. The sexual dimorphism - only the males have the monstrous antlers - is a clear sign of sexual selection and the antlers of male Irish Elk are so massive that it is thought they probably contributed to their extinction.

It's not actually the best example, to be honest, because the initial sexual selection on antlers was almost certainly intrasexual selection between fighting males and even though the Irish Elk antlers are too big for such behaviour, their monstrous size could be linked to increases in body size rather than intersexual selection for big antlers. That said, there must have been some force maintaining such impractical ornamentation and female mate choice is a prime contender. I mainly picked it because my brother works in the Museum Building and I used to see these elk quite regularly when I lived in Dublin. There's also an alternative YEC explanation for their extinction (right, also from WEIT; cartoon by Chris Madden)! If you don't like the elk as an example, there is always the peacock. (Whole books have been written about it if you want to know more.)