May's SCB Conservation Cafe is all about Herpetofauna

The Sydney Society for Conservation Biology (SCB) have Michael McFadden, the Unit Supervisor of the Herpetofauna division at Taronga Zoo, for 2nd May’s Conservation Cafe. That’s reptiles and amphibians to the rest of us: 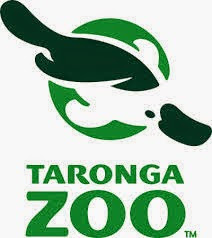 This May, Sydney-SCB welcomes Michael McFadden, the Unit Supervisor of the Herpetofauna division at Taronga Zoo. Michael began working at Taronga Zoo in January 2003 and now oversees the maintenance and husbandry of the Zoo’s collection of reptiles and amphibians. He works closely with the Zoo’s conservation projects which include captive breeding and release programs for the highly endangered Southern and Northern Corroboree Frogs. The current focus of Michael’s work is developing techniques to improve captive breeding and rearing success in threatened Australian frogs and reintroduction biology.

As before, it’s free: RSVP on Eventbrite.

Posted by Richard Edwards at 22:29